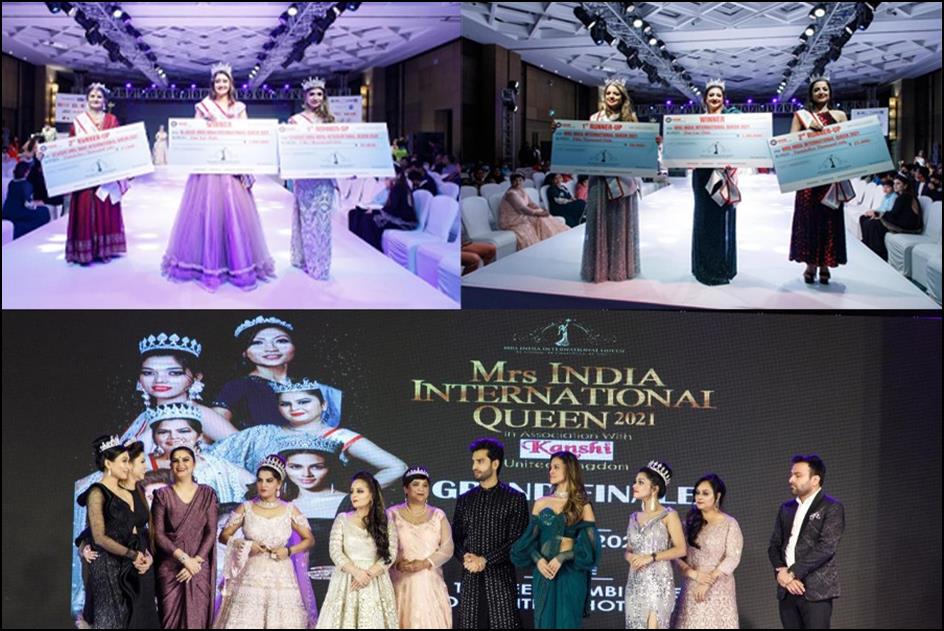 Mrs India International Queen 2021 (MIIQ), one of India's most prestigious beauty pageants, had its grand finale on November 7, 8, and 9 at The Leela Ambience Convention Hotel Delhi. The beauty pageant winners were revealed on the brand's official Facebook page.

The makeup at the event was sponsored by Lakme Academy Pitampura, Kohat. The Official Fashion Director and Choreographer involved was Mr. Shie Lobo and the event was hosted by renowned Emcee Mr. Debojyoti Dasgupta. Mr. Pradeep Negi was the self-defense trainer, and the beauty & wellness sessions were organized by Dr.Soni Nanda, the Dermatologist & Aesthetician from Shine & Smile Clinic Delhi. The Basic Life Support (CPR) Session was taken by Dr. Goma Bali Bajaj. The Mrs India International Queen 2021 event was managed by SAC Productions and the team included Keshav Sharma and Antara, and the official photographer was Imagesque by Lalit Rana.

Mrs India International Queen 2021 was a three-day pageant with grooming and training seminars for married women from around the world. It aids individuals in developing their own identity and displaying to the rest of the world their remarkable qualities and capabilities. 'Be Strong, Be Confident, Be You,' the brand's motto, has inspired women of all ages to discover their true selves by believing in themselves and not to be afraid of treading on a different path than usual.