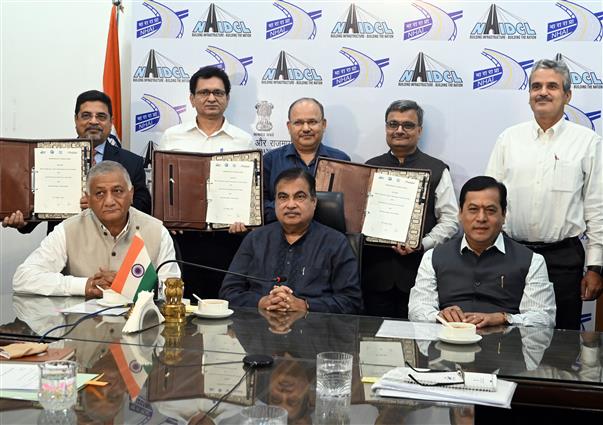 Three public sector entities under different ministries have joined hands for the development of multi-modal logistics parks under the Bharatmala project, an official statement said on Wednesday.

The agreement was signed in the presence of Union Ministers Nitin Gadkari and Sarbananda Sonowal, the statement said. According to the statement, MMLPs will act as world-class stations having access to roadways, railways and inland waterways across the country so as to ensure the transportation of goods using multiple modes such as roadways, waterways and railway.