Firm had paid ‘land lease fees’ to Myanmar Economic Corporation, which was one of the entities that were sanctioned by the US administration following the coup 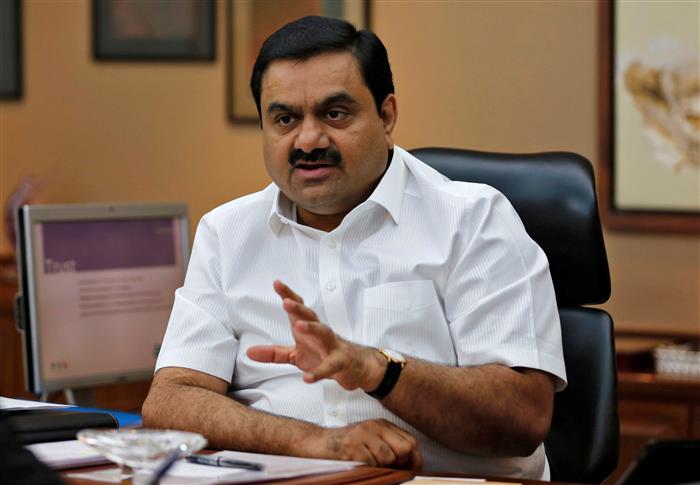 Billionaire Gautam Adani’s port-to-energy conglomerate on Tuesday said US-based counsels are of opinion that its investment in a port in Myanmar are not in violation of law, but the firm will abandon the project if the US administration opines that the investment was in violation of sanctions against Military-ruled nation.

In notes to its FY21 earnings, Adani Ports and Special Economic Zone Ltd (APSEZ) said it has so far invested USD 127 million, including USD 90 million for the upfront payment for land lease, in setting up a greenfield international container terminal at Yangon in Myanmar.

“However, in light of the military coup in Myanmar and sanctions imposed by the United States on Myanmar Economic Corporation, the company has obtained US-based counsel’s view on its legal compliance position, which confirms that there is no legal non-compliance,” it said.

The firm said it is proactively approaching the Office of Foreign Assets Control (OFAC) of the US Department of Treasury operations “to make sure that it is not in violation of the sanctions due to the recent development”.

The project had run into controversy after it was reported that APSEZ chief executive Karan Adani had in July 2019 met Senior General Min Aung Hlaing, the army chief who led the coup against the elected government.

The firm had paid ‘land lease fees’ to Myanmar Economic Corporation (MEC), which was one of the entities that were sanctioned by the US administration following the coup.

“The United States had recently imposed sanctions on MEC. APSEZ has a zero-tolerance policy on sanctions and will ensure that there is no contravention of the US and other sanctions,” it said in an investor presentation on the FY21 earnings.

APSEZ said it is in discussion with US-based counsels Morrison Foerster to ensure compliance with the OFAC sanctions.

“APSEZ plans to proactively approach OFAC to ensure that it is not in violation of the sanctions,” it said. “In a scenario wherein Myanmar is classified as a sanctioned country under the OFAC, or if OFAC opines that the project violates the current sanctions APSEZ plans to abandon the project and write down the investments.”

The write-down will not materially impact APSEZ, as it is equivalent to about 1.3 per cent of the total assets, the firm said.

The land acquisition for the project was facilitated by “the Myanmar Investment Commission led by U Thaung Tun, its chairman and Minister of Investment and Foreign Economic Relations under the guidance of Her Excellency President Aung San Suu Kyi’s National League for Democracy government,” it had previously said. PTI