Amount paid to buy property in son’s name not taxable : The Tribune India

Amount paid to buy property in son’s name not taxable 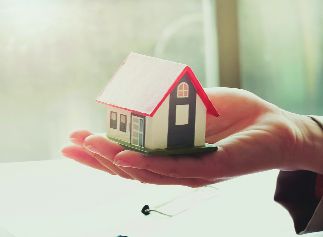 Q) My son, an NRI, acquired a residential property and funds for the acquisition of the property were provided by me. My son is showing the property and rental income in his I-T return. I have gone through your clarification in The Tribune dated March 16, 2020, on one of the queries on similar lines. Please guide me:

1. Whether the property and rental income should reflect in my ITR.

2. Whether from this year I can show that in my I-T return.

3. Whether anything in writing is required from my son in my favour. — JS Multani

The amount paid by you for the acquisition of property in the name of your son would be treated as a gift to him. The gift so made is not taxable in view of the provisions of Section 56 of the Income Tax Act 1961 (The Act). It would be advisable to make out a letter of gift by you for the total amount spent on the acquisition and construction of the property as well as an acceptance letter from your son in respect of such gift. The letters should contain complete address, PAN as well as passport number and date of issue so as to provide complete details with regard to your status as well as of your son. These papers should be kept ready so that these can be produced before the tax authorities as and when sought by such authorities. This procedure would obviate the necessity of filing return by you in respect of rental income. The subsequent matters raised in the query would not arise.

Q) If a mother wants to present a house/flat to a daughter as a gift then what all formalities are to be completed and also if taxes are to be paid by any party?

The mother can gift the house/plot to her daughter. For such purpose, a gift deed will have to be executed and duly registered with the Sub-Registrar. The gift deed is to be executed on a stamp paper, the value of which would be based on the market value of the property. After the registration of such gift deed, the daughter can take steps for getting the house mutated in her name in the municipal as well as revenue records. No gift tax or income tax is leviable on such a gift.

Q) a) Can a daughter give money as gift to her mother when her own (daughter’s) yearly income has been Rs 1,75,000? What is the amount that can be given as gift as token of love and affection?

b) Can a son-in-law give money as gift to his mother-in-law as token of love and affection? If so what is the amount if:

(i) The donor is a taxpayer

(ii) The donor is non taxpayer

c) Can a person give gift for the amount he can afford as per his bank balance? — Monica

A) Your queries are replied as under:

a) There is no monetary limit on gift given by a daughter to her mother. The amount of gift depends upon her capacity to make such a gift.

b) There is no prohibition under the Act for son-in-law to gift any amount to his mother-in-law, even if the donee is not a taxpayer.

c) A gift received by an individual for an aggregate amount of Rs 50,000 on or after first day of April 2017 would be exempt from tax, provided the gift has been received

(i) from any relative; or

(ii) on the occasion of the marriage of the individual; or

(iii) in contemplation of death of the payer or donor, as the case may be.

The term relative for this purpose has been defined as under:

(i) spouse of the individual;

(ii) brother or sister of the individual;

(iii) brother or sister of the spouse of the individual;

(iv) brother or sister of either of the parents of the individual;

(v) any lineal ascendant or descendant of the individual.

(vi) any lineal ascendant or descendant of the spouse of the individual;

(vii) spouse of the person referred to in clauses (ii) to (vi).