The price of LPG used in domestic kitchens remains unchanged at Rs 899.50 per 14.2-kg cylinder 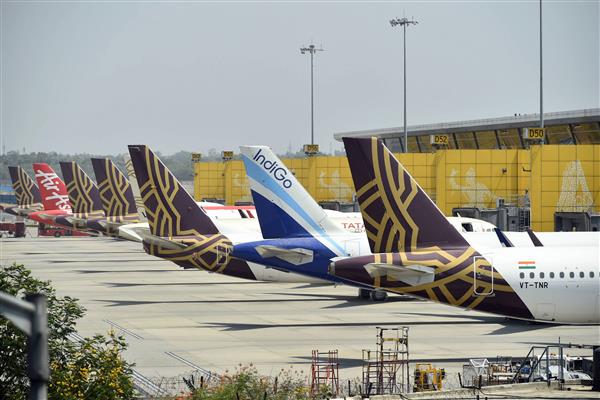 Halting a declining trend of last month, jet fuel or ATF price has been hiked by 2.75 per cent on firming international oil prices, while cooking gas LPG rate has seen the first decline since October.

Aviation turbine fuel (ATF) price has been hiked by Rs 2,039.63 per kilolitre, or 2.75 per cent, to Rs 76,062.04 per kl in the national capital, according to a price notification of state-owned fuel retailers.

The increase in rates comes on the back of two rounds of price cuts seen in December that reflected a drop in international oil prices during the second half of November and mid-December.

Thereafter, international rates have firmed up, leading to the hike in ATF price.

Jet fuel prices are revised on the first and 16th of every month based on average price of international benchmark in the preceding fortnight.

Unlike ATF, commercial LPG rates are revised on the first of every month after taking the average price in the preceding month.

The price of a 19-kg LPG cylinder, which is used in commercial establishments like hotels and restaurants, has been accordingly cut by Rs 102.50.

However, the price of LPG used in domestic kitchens remains unchanged at Rs 899.50 per 14.2-kg cylinder. This rate has not changed since October 6, prior to which it had gone up by almost Rs 100 since July 2021.

Petrol and diesel prices, too, have not changed for almost two months now. Petrol costs Rs 95.41 a litre in Delhi and diesel comes for Rs 86.67 per litre.

While the rates are to be revised on a daily basis based on a 15-day rolling average of the benchmark international fuel, prices have not changed since November 4, 2021 when the Union government had cut excise duty on the two fuels.

Prices had eased from an all-time high on November 4, 2021 after the Union government had cut excise duty on petrol by Rs 5 per litre and diesel by Rs 10 a litre. States also cut local sales tax or VAT on the two fuels – BJP-ruled states on the same day and some others at differing dates thereafter. But other than these two, the basis rates have remained unchanged. PTI