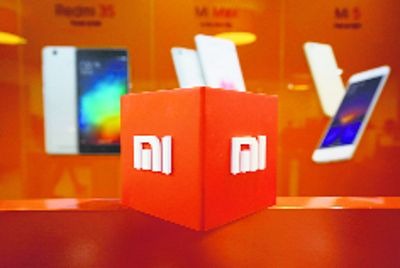 DRI had slapped a preliminary demand of Rs 653 crore on Chinese mobile phone giant Xiaomi for not including royalty payments in the assessable value of the goods it imported over three years from 2017 to 2020. File photo

Beijing has expressed concern over the raids earlier this month on Chinese mobile phone companies in India and sought a “fair, transparent and non-discriminatory environment” for Chinese enterprises.

The concern over the “business environment’’ in India by Gao Feng, spokesperson of the Ministry of Commerce, was made after the Department of Revenue Intelligence (DRI) launched a probe into tax and income issues of Chinese mobile companies such as Oppo, Xiaomi, and OnePlus.

The DRI had slapped a preliminary demand of Rs 653 crore on Chinese mobile phone giant Xiaomi for not including royalty payments in the assessable value of the goods it imported over three years from 2017 to 2020. It had claimed to have acted upon intelligence that Xiaomi India was evading customs duty by undervaluation.

Its searches led to the recovery of incriminating documents indicating that Xiaomi was remitting royalty and licence fee to Qualcomm US and to Beijing Xiaomi Mobile Software. But this was not being added in the assessable value of the goods imported by Xiaomi India and its contract manufacturers.

Xiaomi said it is being asked to pay import taxes on the royalty and license fees that are not related to its current business while noting that it is not a final decision.

“China has contributed to Indian economic development, and created a large number of local jobs, and we hope India can provide a fair, transparent and non-discriminatory environment for Chinese businesses,’’ said Gao.

Terming the DRI investigation as an “irregular tax audit’’, the Chinese newspaper Global Times said Chinese mobile phone brands are highly popular in the Indian market, and their market share far exceeds that of local Indian brands. Xiaomi led the Indian smartphone market shipments in the third quarter of 2021 holding a 22 per cent share, per Counterpoint’s latest research. The total Indian smartphone shipments crossed 52 million units in the third quarter, and while Xiaomi is on top, it said quoting an Indian survey.