Bad bank will pay up to 15% of the agreed value for the loans in cash; remaining 85% will be government-guaranteed security receipts 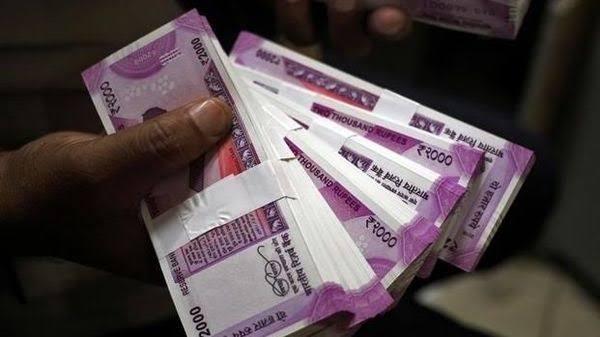 The decision to provide sovereign guarantee for security receipts (SRs) issued by NARCL was taken at a meeting of the Union Cabinet headed by Prime Minister Narendra Modi on Wednesday.

The finance minister in Budget 2021-22 announced setting up of a bad bank as part of resolution of bad loans worth about Rs 2 lakh crore.

The bad bank or NARCL will pay up to 15 per cent of the agreed value for the loans in cash and the remaining 85 per cent would be government-guaranteed security receipts. The government guarantee would be invoked if there is loss against the threshold value.

“For the SRs to hold on and to have their value intact, there is a need for government to give the backstop arrangement and that’s why Rs 30,600 crore has been cleared by the cabinet yesterday,” she said.

This sovereign guarantee would be for a period of 5 years and NARCL would have to pay a fee for this.

“The SRs are getting the backstop through government funding only in as much as to pay the gap between the realised value (resolution/liquidation) and face value of SRs and this will hold good for five years,” Sitharaman said.

The fee for the guarantee would be initially 0.25 per cent, which would progressively increase to 0.5 per cent in case of delay in resolution of bad loans, Financial Services Secretary Debasish Panda said.

This would enable speedy disposal of stressed assets and clean up balancesheets of banks for further lending, he explained.

The finance minister said “the guarantee helps in keeping the face value intact and also gives credibility to the entire exercise so the valuation will be better when it’s realised, actually when it’s sold off.”

The gap may not be there or very small, so it will not be invoked in every instance, she said, adding there is no immediate liability on the government so there is no fiscal outgo at the moment.

There will be co-ordination with IBC and other debt recovery processes as well, she said.

There would be 16 shareholders for NARCL, including PSBs, private sector banks and NBFCs.

The structure will assist in consolidation of debt, currently fragmented across various lenders, thus leading to faster, single point decision making including through Insolvency and Bankruptcy Code (IBC) processes, where applicable, she said.

“It will incentivise quicker action on resolving stressed assets thereby helping in better value realization. India Debt Resolution Company Limited (IDRCL) will engage market expertise for value enhancement. This approach will also permit freeing up of personnel in banks to focus on increasing business and credit growth,” she said.

As the holders of these stressed assets and SRs, banks will receive the gains and the guarantee will also enhance liquidity of SRs as such these instruments are tradable, she added.

Indian Banks’ Association (IBA) was entrusted with the task of setting up the bad bank. Last month, the IBA moved an application before the Reserve Bank of India (RBI) for a licence to set up the Rs 6,000-crore NARCL.

Asked about the timeframe for getting the licence, she said it is in the process of being approved and “should happen sooner than later”.  In the first phase, Panda said, banks have identified stress loans of about Rs 90,000 crore to be resolved.

NARCL is intended to resolve stressed loan assets above Rs 500 crore each amounting to about Rs 2 lakh crore.

In phase I, fully provisioned assets of about Rs 90,000 crore are expected to be transferred to NARCL, while the remaining assets with lower provisions would be transferred in phase II.

The bad bank will take over identified stressed loans of lenders. The lead bank with an offer in hand of NARCL will go for a ‘Swiss Challenge’ auction wherein other asset reconstruction players will be invited to better the offer made by a chosen bidder for finding higher valuation of a non-performing asset on sale.

The company will pick up those assets that are 100 per cent provided for by the lenders.

Sitharaman said the government’s ‘4 R’ strategy of recognition, resolution, recapitalisation and reform has led to a turnaround in the performance of PSBs.

High levels of provisioning of legacy NPAs have presented an opportunity for additional measures for faster resolution.

The Union Budget 2021-22 had accordingly announced the government’s intention to set up an Asset Reconstruction Company (ARC) along with an Asset Management Company (AMC) to consolidate and take over existing stressed debt and thereafter manage and dispose of to buyers for value realisation. — PTI