Finance Minister had written to the states that the central government will borrow Rs 1,10,208 crore and give back-to-back loans to state governments. 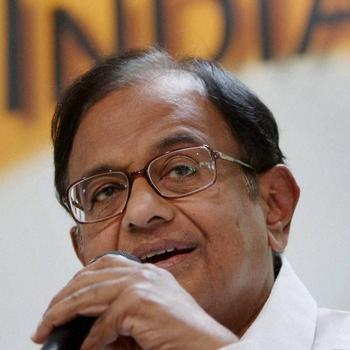 "I welcome the change of heart," said Chidambaram. Image: Twitter/@PChidambaram_IN

The Congress on Friday welcomed the Centre’s move to borrow money and pass it on to the states to compensate for GST losses.

Former finance minister and Congress veteran P Chidambaram said the Finance Minister had written to the states that the central government will borrow Rs 1,10,208 crore and give back-to-back loans to state governments.

FM has written to the states that the central government will borrow Rs 1,10,208 crore and give back-to-back loans to state governments. I welcomed the change of heart

"I welcome the change of heart," he said, noting that there was no clarity on the balance of the gap in the GST compensation.

“FM’s letter puts the number at Rs 1,06,830 crore for this financial year. There is no clarity on who will borrow the money and no clarity on how the debt will be serviced and repaid.

States are opposed to borrowing on their own account. States are right.There is no difference between the first amount and the second amount,” Chidambaram said.

He said the Centre must resolve the impasse immediately by offering the same terms for Rs 1,06,830 crore as it has now offered for Rs 1,10,208 crore.

“Having taken the correct first step, I urge the PM and the FM to take the second step also and re-establish the trust between the Centre and the States,” Chidambaram said.