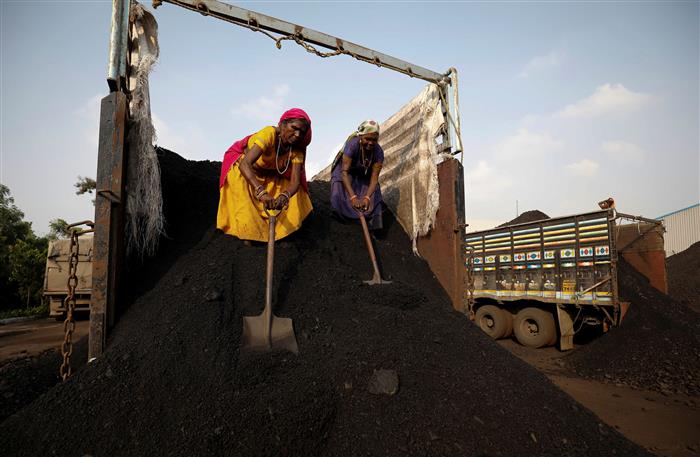 Workers unload coal from a supply truck at a yard on the outskirts of Ahmedabad. Reuters file

Domestic rating agency Icra on Wednesday said it expects the availability of coal to power plants to improve gradually during the current month with expected augmentation in both coal production and dispatch levels.

While energy demand grew sharply with at 12.7 per cent Y-o-Y in the first half of FY’22, coal supply position was constrained due to monsoon impact on coal production and dispatch activity in August/September 2021, fuel supply regulation by Coal India (CIL) to few state generating utilities post payment delays as well as lower off-take of costlier imported coal.

Union Coal Minister Pralhad Joshi on Wednesday said cumulative coal supplies to thermal power plants crossed 2 million tonnes on Tuesday and dispatch of the dry fuel is being enhanced to the plants.

According to a Coal India official, supplies to power stations have already touched 1.62 million tonnes a day in the past two days, with total offtake rising to 1.88 million tonnes per day, compared with the month’s average of 1.75 million tonnes.

The company also ramped up its output to 1.6 million tonnes a day in the past two days and CIL expects to raise production after Dussehra, when workers are back from holidays and the attendance picks up, the official said. PTI