Elon Musk, Grimes are ‘semi-separated’ after three years together 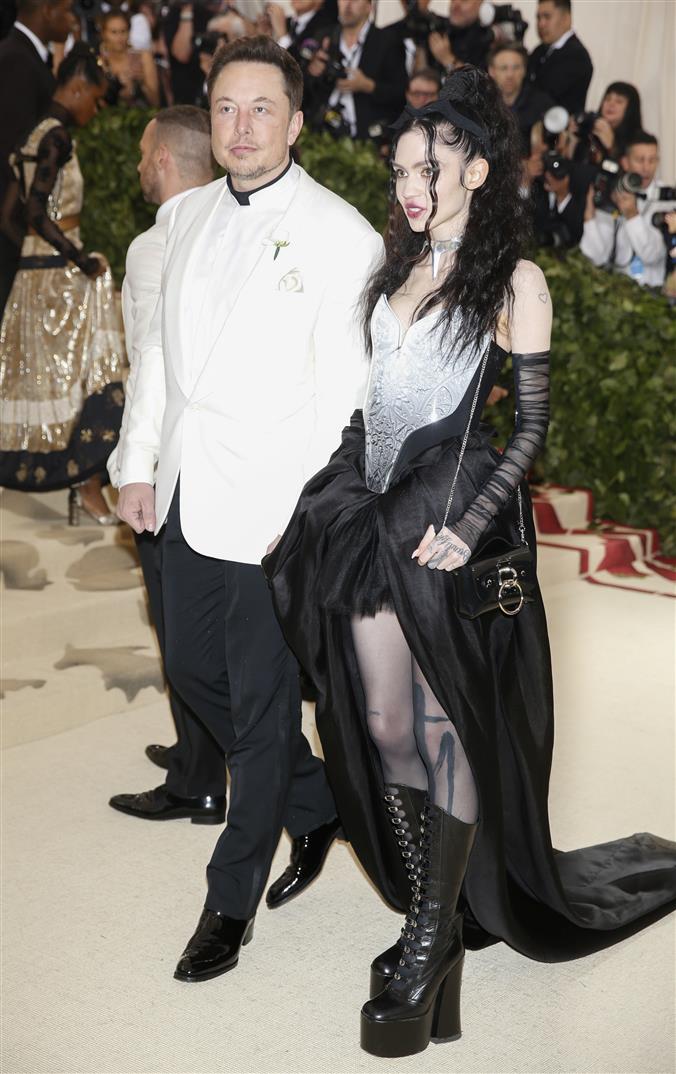 Elon Musk and Grimes at the Met Gala in 2018. Reuters File Photo

SpaceX and Tesla CEO Elon Musk and singer-artiste Grimes have broken up after three years together, Page Six reported.

The SpaceX founder confirmed that he and the Canadian singer are "semi-separated" but remain on good terms and continue to co-parent their one-year-old son, the epically named X A A-Xii Musk.

"We are semi-separated but still love each other, see each other frequently and are on great terms," Musk told Page Six on Saturday.

"It's mostly that my work at SpaceX and Tesla requires me to be primarily in Texas or traveling overseas and her work is primarily in LA. She's staying with me now and Baby X is in the adjacent room," Musk said.

Page Six first revealed in May 2018 that Musk and Grimes were dating. They welcomed their son in May 2020.

They were last seen together at the Met Gala earlier this month, when Grimes, 33, walked the red carpet alone. Musk, 50, also attended the event but only joined her inside, the report said.

He later threw a starry Met Gala after-party at hot private members club Zero Bond, where he was joined by Grimes, and the duo were photographed leaving New York together the following day.

The couple began dating in May 2018. He is the chief executive officer of Tesla and SpaceX while she is a Canadian singer, known for songs such as Oblivion and Genesis.

Elon Musk is 50 and has six other children from previous relationships. He has been married three times, including twice to Westworld actor Talulah Riley. Grimes has never been married, and her son with Musk is her first child.

While the two have decided to co-parent their son, twitterati seems to be still fighting about the custody of the one-year-old child.

Take a look at what all they have to say.

Grimes and Elon musk child in family court deciding who it wants to live with pic.twitter.com/RKyFRd9Fth

grimes and elon musk’s kid at court telling the judge who it wants to be with pic.twitter.com/oX1EcSLP2r

Grimes and Elon musk’s kid discussing which parent should get custody after the divorce pic.twitter.com/OBJ0e1jGuY

BREAKING: Elon Musk and Grimes share they will utilize a 50/50 split-parenting model as X AE A-Xii is uploaded into a tamagotchi pic.twitter.com/P6mHuU34jw

when Elon Musk and Grimes need to split custody of X Æ A-12 pic.twitter.com/0mazCYjrN8

Grimes informing X Æ A-12 that she and Elon Musk are separating. pic.twitter.com/2NgArmalws