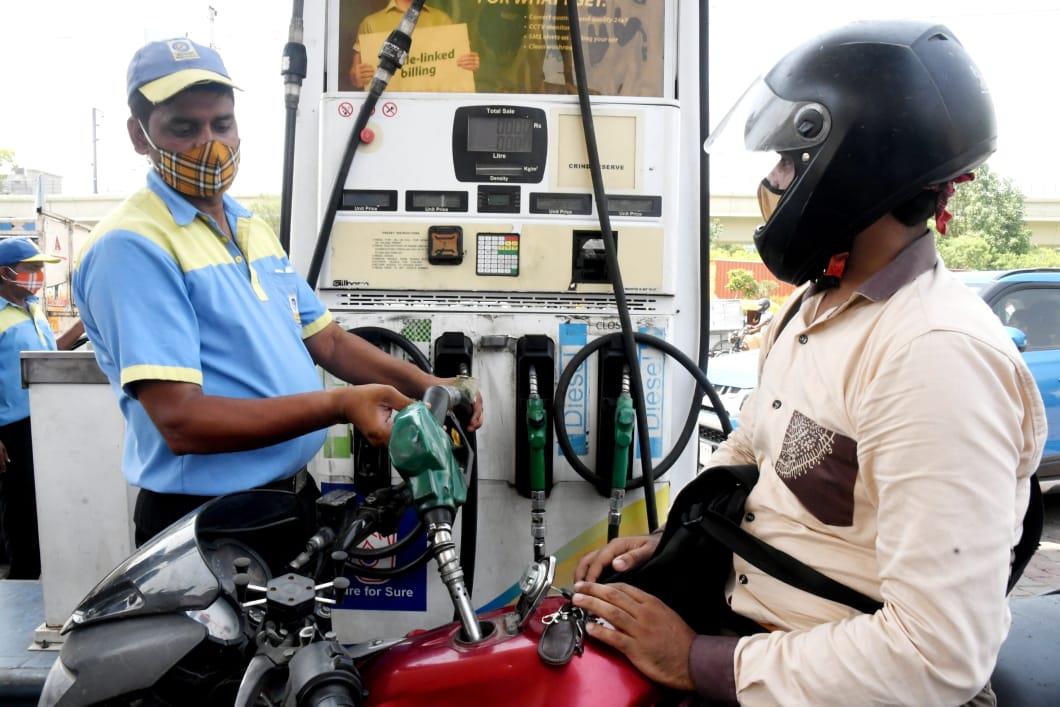 The Union government has collected Rs 94,181 crore through levy of excise duty on petrol and diesel in the first three months of the current fiscal on the back of a record tax on fuel that yielded 88 per cent higher revenue the previous financial year, the Lok Sabha was informed on Monday.

Excise duty on petrol was hiked from Rs 19.98 per litre to Rs 32.9 last year to recoup gain arising from international oil prices plunging to multi-year low as pandemic gulped demand.

The same on diesel was raised to Rs 31.8 from Rs 15.83 a litre, according to a written reply by Minister of State for Petroleum and Natural Gas Rameswar Teli in the Lok Sabha.

Collections would have been higher but for fuel sales falling due to lockdown and other restrictions imposed to curb the spread of the coronavirus pandemic, which muted economic activity and stalled mobility.

In the current fiscal starting April, where fuel sales were higher than the previous year, the collections have gone up.

“The total central excise duty collected on petrol and diesel from April to June 2021 (first quarter of FY22) is about Rs 94,181 crore,” Minister of State for Finance Pankaj Choudhary said in reply to a separate question.

Together with excise on other petro products such as ATF and natural gas, the total excise collections in April-June this year stood at Rs 1.01 lakh crore.

The total excise collection in FY21 was Rs 3.89 lakh crore.

Choudhary said the average share of central excise duty on petroleum products in gross revenue collected by the Union government is 12 per cent.

Since then, the Public Sector Oil Marketing Companies (OMCs) have been taking appropriate decisions on the pricing of petrol and diesel on the basis of international product prices and other market conditions.

“The OMCs have increased and decreased the prices of petrol and diesel according to changes in international prices and rupee-dollar exchange rate,” he said, adding that “effective June 16, 2017, daily pricing of petrol and diesel has been implemented in the entire country.”       The hike in taxes last year did not result in any revision in retail prices as they got adjusted against the reduction that was warranted because of the fall in international oil prices.

But with the demand returning, international oil prices have soared, which have translated to record high petrol and diesel prices across the country. More than one-and-a-half dozen states and union territories have petrol at over Rs 100-a-litre and diesel is above that level in Rajasthan, Madhya Pradesh and Odisha.

Teli said prices vary from state to state due to freight rates and VAT/local levies.

“The impact of the increase in prices of petrol and diesel can be seen in their impact on inflationary trend measured by Wholesale Price Index (WPI),” he said. “The weightage of petrol, diesel and LPG in the WPI index is 1.60 per cent, 3.10 per cent and 0.64 per cent respectively.”

He said during the current fiscal 2021-22, petrol price has been increased on 39 occasions and diesel on 36. The price of petrol has been cut on one occasion during this period and that of diesel on two occasions.

There was no change in the remaining days.

In the previous 2020-21, petrol price was hiked on 76 occasions and cut on 10, while diesel rates went up 73 times and were reduced on 24 occasions, his reply showed. PTI