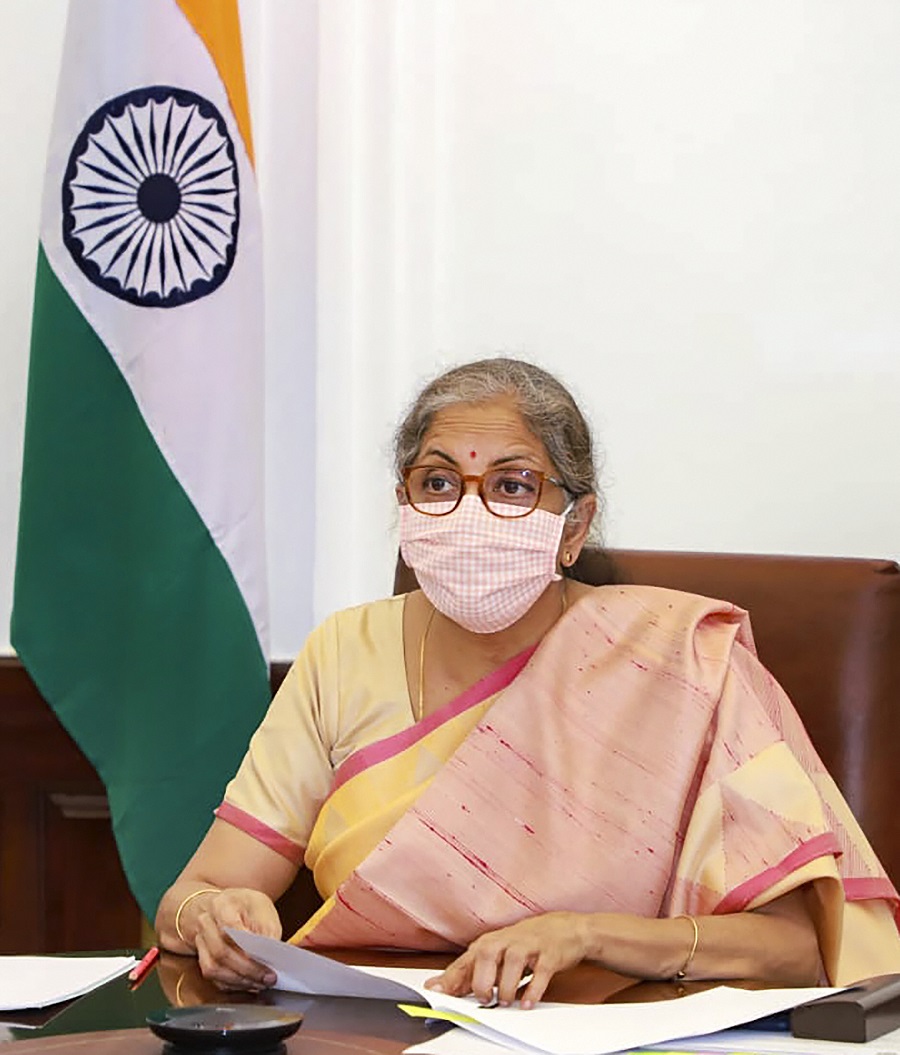 A day after the Centre agreed to borrow Rs 1.10 lakh crore on behalf of states for meeting GST shortfall, Finance Minister Nirmala Sitharaman on Friday reached out to all states explaining the contours of the special window.

The Finance Minister's letter to states comes four days after the GST Council meeting failed to reach a consensus on the stalemate over the Centre's proposal of states borrowing against future GST collections to make up for the shortfall.

"We have now worked out some key aspects of special window. Based on suggestions of many states, it has now been decided that the Central government will initially receive the amount and then pass it on back-to-back to the states as loans. This will enable ease of coordination and simplicity in borrowing apart from ensuring favourable interest rate," read the letter accessed by PTI.

Hence, it said, the quantum of resources available to the state was adequate to meet the entire amount of compensation which would have been payable this year. The interest and principal will be met from the future proceeds of the cess.

States which were opposed to the Centre's earlier stance too welcomed Thursday's decision of Rs 1,10,208 crore borrowing by Government of India to meet the shortfall in GST revenue collection.

Welcoming the move, Congress leader and former Finance Minister P Chidambaram on Friday said the Centre had taken the "correct first step" and it should now work to re-establish trust with them.

"FM has written to the states that the Central government will borrow Rs 1,10,208 crore and give back-to-back loans to state governments. I welcomed the change of heart. There is no clarity on the balance of the gap in the GST compensation. FM's letter puts the number at Rs 1,06,830 crore for this financial year," Chidambaram said in a series of tweets.

There is no clarity on who will borrow the money and how the debt will be serviced and repaid. States are opposed to borrowing on their own account, he said.

"States are right. There is no difference between the first amount and the second amount. Centre must resolve the impasse immediately by offering the same terms for Rs 1,06,830 crore as it has now offered for Rs 1,10,208 crore. Having taken the correct first step, I urge the PM and the FM to take the second step also and re-establish the trust between the Centre and the states," he said.

A slowdown in the economy since last fiscal has resulted in a drop in the Goods and Services Tax (GST) collections, upsetting the budgets of states which had given up their right to levy local taxes such as sales tax or VAT when GST was introduced in July 2017.

The four-page letter signed by Sitharaman appreciated the constructive cooperation of states in finding solution to the issue of GST compensation.

Observing that the current financial year is unprecedented in terms of severe impact on revenues due to  the pandemic, it said: "The Union Government has also been badly affected by the fall in revenue and the enhanced level of expenditure required to meet the essential needs of relief and recovery and of state governments."

It is against this background that the GST compensation issue is being resolved, read the letter.

Sitharaman said: "Long term macro-economic stability is the responsibility of the Centre, but it is also in the interest of the states who are partners in our system of cooperative federalism. The bona fide opinion of the Central government on this macro-economic issue is that borrowing on the books of Centre will not be optimal in the national interest."

The quantum of resources available to the state is adequate to meet the entire amount of compensation which would have been payable this year, she added. PTI