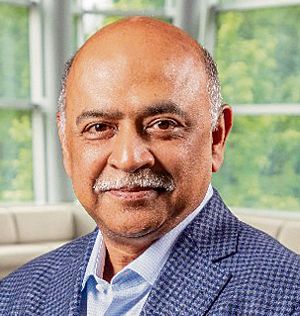 US tech giant IBM is betting big on the India growth story and plans to open more software development centres in the country as it looks to partner with the government in its digitisation journey, its Chairman and CEO Arvind Krishna said on Friday.

On a visit to India, Krishna met Finance Minister Nirmala Sitharaman, Telecom Minister Ashwini Vaishnaw and Minister of State for IT Rajeev Chandrasekhar to discuss deeper collaboration including skilling and workforce development.

We have large centres at Bengaluru, Hyderabad and Pune and a smaller one in Delhi on R&D. We will be opening centres near Ahmedabad and near Kochi. I will not pre-announce the rest. —Arvind Krishna, chairman and CEO, IBM

The firm that originally designed the technology and system behind ATMs, barcodes and the US social security net, is greatly enthused with the speed at which the Indian government is willing to make decisions and where it is moving, he told a select media briefing.

“We feel good about our business in India. We have a good footprint in financial services, in telecom, in government (business) in the industrial sector among many others. We are very pleased with the progress of our business here,” he said.

Stating that IBM does not reveal country-specific numbers, he said Asia did well in the third quarter (July-September) and “India was a big piece of that”.

“With the world’s geopolitics, I would not name countries, I think India is a unique opportunity to leapfrog even more than it has in the past two decades,” he said.

Globally, 70% of its revenue will now come from software and consulting, higher-value businesses that both saw strong growth in the third quarter. The India market revenue will mirror the global trajectory.