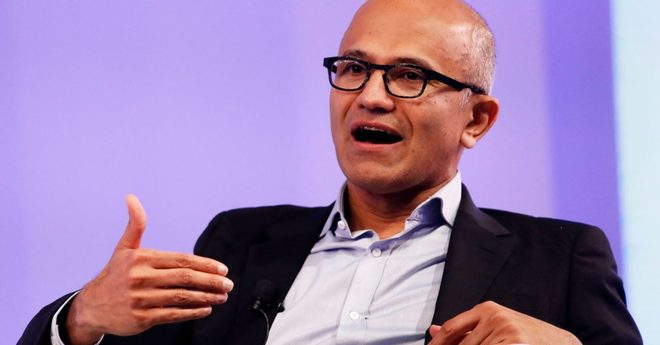 Created in 2010 by the Corporate Eco Forum to honour Indian-American Prahlad, its founding advisory board member, the prestigious award recognises exceptional, globally significant private-sector action that exemplifies the fundamental connection between sustainability, innovation and long-term business success in a globalizing world, a media release said on Tuesday.

Four of Microsoft's top leaders - Nadella along with its president and vice chair Brad Smith, chief financial officer Amy Hood and chief environment officer Lucas Joppa - received the prestigious honour for their collaborative leadership aimed at transforming Microsoft into a carbon negative company by 2030 and to remove all its historical emissions by 2050.

“Nadella, Hood, Smith and Joppa have exhibited a remarkable level of joint ownership of this moonshot initiative - this is the first time we've seen a CEO/President/CFO/Environmental Sustainability coalition like this,” said CEF founder MR Rangaswami.

“They've defined a new model for what corporate-wide climate leadership looks like while sending a clear message that sustainability is core to Microsoft's business strategy for the decades ahead,” he added.

Announced during the 2021 CEF Annual Leadership Retreat that was attended by senior executives representing CEF member companies with combined revenues of USD4 trillion, other awardees include leadership by an individual executive to Ecolab Chairman and former CEO, Douglas M Baker, Jr.

Under Baker's leadership, Ecolab joined the Business Ambition for 1.5°C, pledging to reduce its emissions by 50 per cent by 2030 and to net-zero by 2050, and led the way in the formation of the Water Resilience Coalition, an initiative of the UN Global Compact CEO Water Mandate.

According to CEF, with this team at the helm, Microsoft is moving aggressively to advance its vision to make a positive impact globally on the climate, while proving that such steps can also be good for business. PTI