It is going to be an era for entrepreneurship and a lot of funds are going to come to India, said the Finance Minister 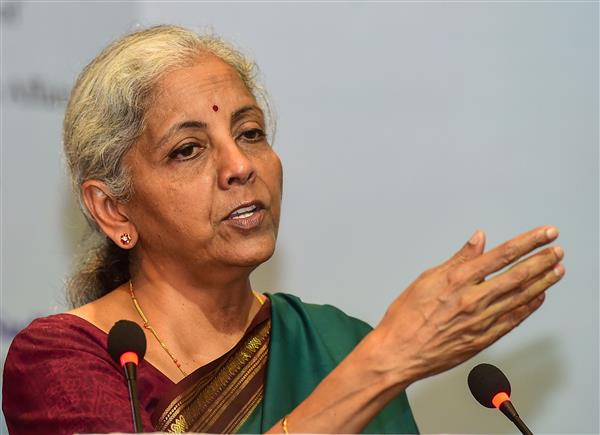 Finance Minister Nirmala Sitharaman on Saturday said inflation is at a manageable level and the Indian economy is seen as a sweet spot the world over, as a result of which there will be a lot of interest from investors.

She also said it is going to be an era for entrepreneurship and a lot of funds are going to come to India.

"Our inflation is at a manageable level. Yesterday, RBI's announcement also sent a very positive message to the markets," she said.

On Friday, the Reserve Bank of India (RBI) hiked its interest rate by 50 basis points to tame inflation.

The central bank also retained its inflation projection for FY23 at 6.7 per cent amid geopolitical concerns triggered by the Russia-Ukraine war and expected inflation to be under control from January.

Sitharaman, who is also in charge of the corporate affairs ministry, was speaking at a function here to mark the sixth annual day of the Insolvency and Bankruptcy Board of India (IBBI).

According to the minister, it is an era of robust economic activities and as a result, "we need good professionals who can understand how liquidation, how insolvency and how bankruptcy all of them can be handled...in a very efficient manner".

She also stressed that it is going to be unlike any other time in India and also requires very robust regulators.

"The government is actively engaging with sovereign funds, big funds who can come to India and invest in India.

"... mergers and acquisitions are also going to happen because it is an economy which is seen as a sweet spot the world over because we have achieved a certain growth and are standing out as the fastest growing economy in the world. Therefore, you are going to have a lot of investor interest," she said.

Further, the minister touched upon the trend of Foreign Portfolio Investments in recent months.

"Till July, you had a lot of FPIs going away from India...people thought that might be an indication that the economy is going to be in distress and as much or even more have started coming back from August, let us say. Till September, more than 70 per cent of FPIs that went out have equally come back," she noted.