Inflation eases to 6.71% in July as food prices soften : The Tribune India

Inflation eases to 6.71% in July as food prices soften

Industrial production grows by 12.3% in June 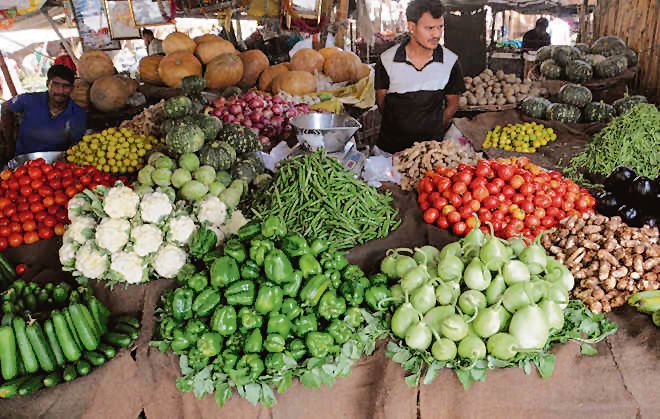 With global prices of crude oil, coal and fertilisers cooling off, inflation based on consumer price index (CPI) slipped below the 7% mark in July but remained above the RBI’s upper tolerance level of 6%.

The CPI-based inflation rate was 6.71% in July as against 7.01% in the previous month. Rural inflation at 6.80% was higher than the urban inflation of 6.49%, according to the National Statistical Office (NSO) data released today.

The slightly lower inflation rate was also due to the slight softening of food prices, which account for more than half the weight in the CPI. The All India Consumer Price Indices with 2012 as 100 was at 174.9 in July as against 175 in June. The indices for transport and communication were also lower at 161.1 as against 161.6.

Meanwhile, industrial production rose 12.3% in June 2022, according to the official data released on Friday. As per the Index of Industrial Production (IIP) data, the manufacturing sector’s output grew 12.5% in June 2022. The mining output climbed 7.5%, and power generation increased 16.4% in June 2022.

The quick estimates of Index of Industrial Production (IIP) with base 2011-12 for the month of June was at 137.9. The indices of industrial production for the mining, manufacturing and electricity sectors for June stood at 113.4, 136.3 and 196.9, respectively. According to use-based classification, the indices stand at 139.2 for primary goods, 102.4 for capital goods, 147.3 for intermediate goods and 148.9 for infrastructure and construction goods.