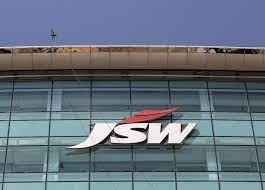 JSW Group plans to compete aggressively with Adani Group for assets of Holcim AG’s local cement businesses, two sources said on Tuesday, setting the stage for a bidding battle to become the country’s second-biggest player in the industry.

But a source with direct knowledge said the deal value could go much higher, even double, as both JSW and Adani, run by India’s richest man Gautam Adani, chase ready-made assets that will immediately give the winner a big presence in the market.

India is the second largest cement producer in the world and accounts for more than 7% of the global installed capacity, according to government data.

A second source with direct knowledge said JSW considers ACC and Ambuja as a “crown jewel” and the company was “very aggressive and will fight (Adani) tooth and nail”.

JSW Group, Adani, Holcim, Ambuja Cements and ACC did not immediately respond to requests for comment.

JSW has said it will offer $4.5 billion in its own equity and $2.5 billion from undisclosed private equity partners for the bid. Ports-to-coal group Adani is planning its cement foray by acquiring the Indian companies.

Switzerland’s Holcim will review bids from both Adani and JSW, but a deal would depend not just financial but on other contractual terms, one of the sources. — Reuters