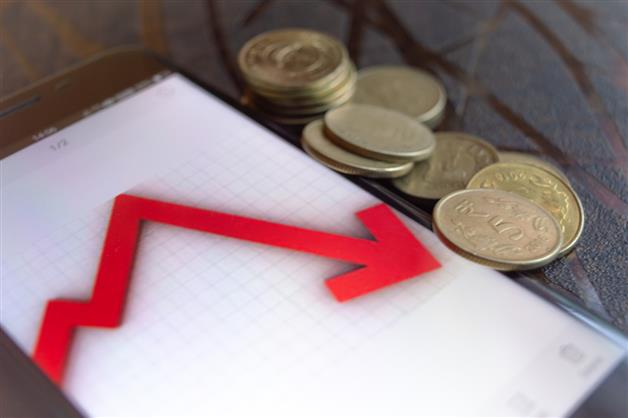 The benchmark BSE Sensex and Nifty closed marginally higher in a volatile session on Tuesday as gains in power, auto and energy stocks helped the indices extend gains for a fifth straight day.

The 30-share BSE benchmark closed 20.86 points or 0.04 per cent higher at 58,136.36 with 16 of its constituents ending in the red. The index opened lower due to profit booking by investors after sharp gains in the four-day rally.

The barometer declined by 370 points to hit a low of 57,744.70 amid losses in global equities following worries over tensions between the US and China in afternoon trade.

Stocks made a recovery due to buying in select banking, oil and gas, power, FMCG and auto stocks in the fag-end, with Sensex rebounding 583 points from the day’s low to touch 58,328.41.

Among Sensex constituents, IndusInd Bank rose the most by 2.59 per cent. Asian Paints, NTPC, Maruti, Hindustan Unilever, State Bank of India, Mahindra & Mahindra and Power Grid were among the major gainers.

“Global indicators did not favour bulls, with most Asian and Western markets trading lower over concerns of rising geopolitical tension between the US and China. Additionally, economic data point to a decrease in demand, major markets throughout the world are trading with recessionary fears,” said Vinod Nair, Head of Research at Geojit Financial Services.

The domestic market, however, has proven resilient thanks to increased demand in heavyweights and a strengthening Indian rupee underpinned by falling US treasury yields and FII buying, Nair added.

“Markets eked out modest gains, but more importantly continued its winning streak for the 5th straight session on selective buying in banking, auto and power stocks.

“However, bulls looked tired today, as at one point Sensex was down more than 300 points, but managed to reverse the trend at close,” said Shrikant Chouhan, Head of Equity Research (Retail), Kotak Securities Ltd.

In the broader market, the BSE midcap gauge climbed 0.50 per cent and smallcap index went up by 0.34 per cent.

Global markets were mostly lower after an expected visit by US House Speaker Nancy Pelosi to Taiwan prompted threats from Beijing.

European stocks were also trading lower during mid-session deals. The US markets had ended in the red on Monday.

The rupee breached the 78 mark on Tuesday helped by FII inflows into equities and a fall in crude oil prices.

Foreign institutional investors remained net buyers in the capital markets as they bought shares worth Rs 2,320.61 crore on Monday, as per exchange data. PTI