More than half of world’s airline pilots no longer flying, finds survey

A poll of nearly 2,600 pilots by UK-based GOOSE Recruitment and industry publication FlightGlobal found only 43 pc were doing the job they had trained for 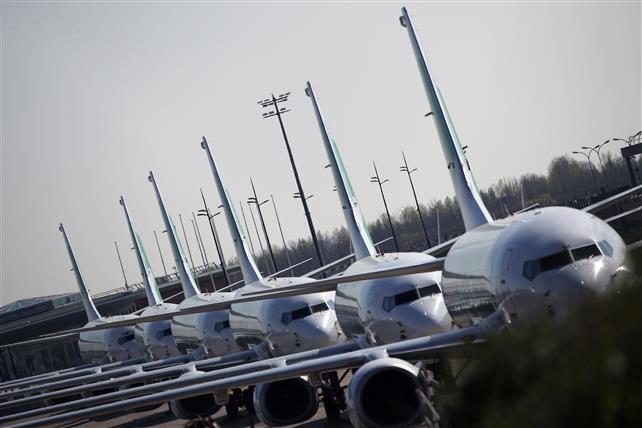 More than half of the world’s airline pilots are no longer flying for a living amid the plunge in demand during the coronavirus pandemic, according to a new survey, and those that are still flying feel less valued by their employers.

A poll of nearly 2,600 pilots by UK-based GOOSE Recruitment and industry publication FlightGlobal, released on Thursday, found only 43 per cent were doing the job they had trained for, with 30 per cent unemployed, 17 per cent furloughed and 10 per cent in non-flying roles.

Many pilots that are still flying have faced deteriorating working conditions. Hong Kong’s Cathay Pacific Airways Limited, for example, instituted permanent pay cuts of up to 58 per cent, and Turkish Airways and Singapore Airlines Limited have temporarily lowering salaries.

“We can see the effect the pandemic has had on employed pilots too,” GOOSE Recruitment chief executive officer and founder Mark Charman said in a statement.

“Large numbers are feeling insecure about their jobs, an increased number are planning to look for new roles this year as well as many feeling less valued by their employers,” he added.

For the unemployed pilots in the survey, 84 per cent said it was due to the pandemic. Before COVID-19 hit, there had been widespread pilot shortages that had driven up demand for aviators and led to improving pay and conditions.

Now, 82 per cent of unemployed pilots would take a pay cut for a new opportunity, the survey found.

For those that have kept their jobs, pilots in Europe reported being the most stressed by COVID-19, with respondents citing the risk of catching the virus, disjointed rules and the possibility of being placed in quarantine during a rotation as among their concerns.

As much as 40 percent of pilots said their mental health had been affected by the pandemic, with the figure higher among younger pilots.

“The amount of stress and anxiety the pandemic has caused me has permanently scarred my outlook on life,” one surveyed pilot said. Reuters