There would be conditions with regard to the eligibility criteria for a new union to be registered, as well on the participation of workers in union-related activities. 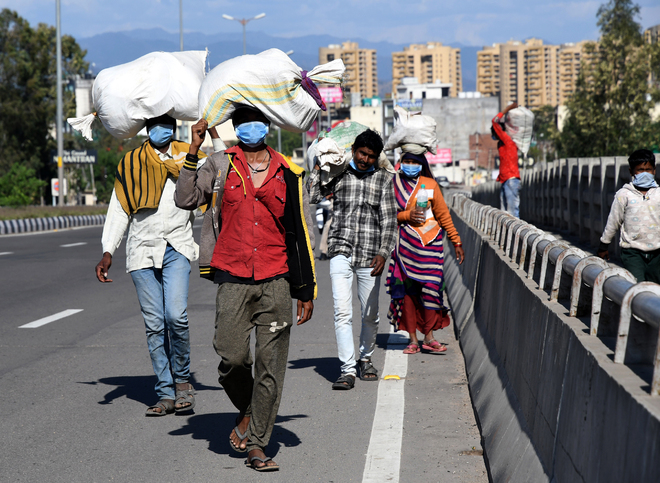 Broad indications are that the proposed rules will curtail several leverages and leniencies enjoyed by workers.

The workers in government and private sectors will find themselves on a leash under the four new Labour Codes which come into place from April after the Rules under them are notified.

Broad indications are that the proposed rules will curtail several leverages and leniencies enjoyed by workers.

Sources in the Union Labour Ministry said that the proposed rules are almost ready following consultations with stakeholders, including workers through their representative Central Trade Unions (CTUs).

The rules will be in line with established international norms, including in industrialised countries which, unlike India, are not labour surplus.

They will have provisions which profess to promote “ease of doing business”, simplification and standardisation of laws apart from taking on workers in the unorganised sectors which will "buck up the country’s pace of industrialisation".

In spite of opposition from the unions during the consultation meetings, there will be shackles on union activities under the new codes.

Another change from the past would be that the authorities will not be bound by the limitation of time to register unions following applications. Rather, this time period under the new labour law regime would be indefinite.

There would be conditions with regard to the eligibility criteria for a new union to be registered, as well on the participation of workers in union-related activities. This will be a set back for the workers’ lobby.

“The ‘Standing Order’ provision, which was a structural part of the laws, and considered to be the Bible at workplaces ensuring certainty and sense security to the workers, will now be the Holy Grail,” CITU national Secretary R Karumalaiyan said.

The standing order laid down mandatory dos and don’ts for the employers, which was kind of auto-monitoring of the employers in the organised sector.

Now, this has been left to the discretion of the employers, the CITU Karumalaiyan added.

The mandatory periodic inspection of workplaces including factory units is likely to been diluted under the rules of the Occupational Safety, Health and Working Conditions Code.

Amitava Guha, CITU’s national Secretary, which was among the 10 CTUs which opposed the Codes and the rules in totality, said, “The Codes were aimed to weaken Union movement in the country, and help the corporate lobby.”