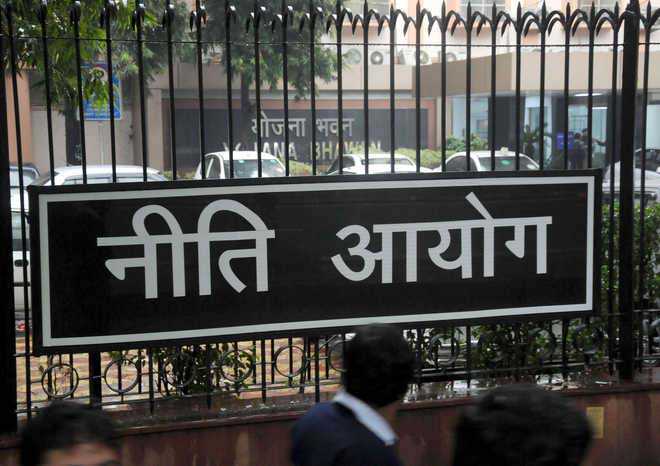 Niti Aayog Vice Chairman Rajiv Kumar on Thursday said the Indian economy might end up with a lower contraction in the current fiscal than projected by various organisations and also stressed that the next stimulus should focus on short-gestation infrastructure projects.

Participating in a virtual event organised by Public Affairs Forum of India (PAFI), Kumar said helicopter money is not something that the government is looking at.

Generally, helicopter money refers to quantitative easing policy by the central bank to ensure more liquidity in the system.

“There are some people who now say that it may not be as bad as it has been forecast and there are signs that we may not have economic contraction (of) 9.5 per cent or 10 per cent that we thought about,” he said.

According to him, recovery in August and September was quite smart, and it has been witnessed across many high frequency indicators.

“I think this third quarter, we will see smaller contraction (in economic growth) than had been forecast and fourth quarter could well be a wash if not a small positive.

“So if that is true, then, I think we might end up with a contraction, which is lower but nonetheless contraction itself is very unprecedented thing,” he said.

The Reserve Bank of India has projected the Indian economy to contract 9.5 per cent in the current fiscal while the International Monetary Fund (IMF) and the World Bank have estimated contraction at 10.3 per cent and 9.6 per cent, respectively.

Kumar also said the next stimulus should focus on short-gestation infrastructure projects as it will have a strong multiplier effects and can sustain growth.

“There are enough productivity enhancing expenditures which can be rolled out in a relatively short span,” he said

“At the moment we are looking for stimulus which can sustain growth and give legs to recovery that we are seeing already and I am hoping that the Ministry of Finance will be focusing in the same direction,” he added.

His statement comes days after Finance Minister Nirmala Sitharaman said that she has not closed the option to come up with one more stimulus.

Kumar also noted that Indian banks need specialisation and the government is looking at it.

He said there is a huge potential to mobilise India’s financial domestic savings.

“5,000 tonnes of gold are lying idle in India. We will have to find ways to monetise this gold,” Kumar said.

The Niti Aayog Vice Chairman said that he won’t be concerned even if India debt to GDP ratio increases from 68 per cent to 80 per cent as long as the money is used for productive purposes.

Participating in the event, Kotak Mahindra Bank Managing Director Uday Kotak said that compared to April and May, the situation in October in terms of the real economy, especially in tradable and physical areas, have certainly got much better.

“Important factors that are working for us as a country are extremely strong external account, including the current account position, which is giving us much less fragility on the global side and huge amount of surplus liquidity around the world is leading to significant investment flows.

“Third, in India, we had extraordinary accommodative monetary policy with clear guidance and unambiguous way forward. Fourth is an expensive fiscal policy, including the packages, combined with the fact that revenues have been lower,” he said.

He also noted that finally the world has changed the way it is moving away from concentration with dominant countries in a new geo-political framework.

Replying to a question on Non-Performing Assets (NPAs), he said, “We had two moratoriums that delayed recognition of NPAs. Still early to declare victory, we need to watch two more quarters to get a sense of NPAs”.

Kotak also noted that if Indian economy has to take off, the financial sector must have the capacity and ability to support economic growth.

In the medium term, he said that India must increase its spending on defence, health and infrastructure. PTI