No collapse of Indian rupee: FM

Says the domestic currency is actually finding its natural force 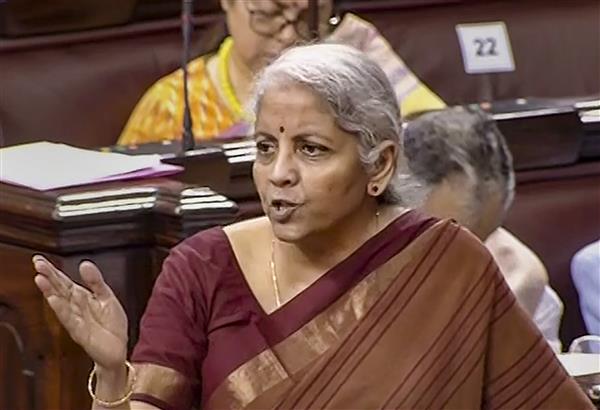 The falling value of rupee against the US dollar does not pose any danger, Finance Minister Nirmala Sitharaman said in the Rajya Sabha on Tuesday while adding that “rupee has found its natural force”.

Stating that foreign exchange reserves in India were $571.56 billion as on July 22, Sitharaman said, “It is not a small amount”.

“Yes, we have come down to the higher ends of $500 billion from somewhere around $600 billion earlier but we are still comfortably placed”, the FM said. “So there is no collapse (of the rupee), it is actually finding its natural force”, Sitharaman said.

Pramod Tiwari of the Congress mentioned that in 2013, Narendra Modi, who was then Chief Minister of Gujarat, had remarked that the prestige of India took a beating whenever the value of rupee fell against US dollar.

Sitharaman said Prime Minister Modi made the remark in question when various other perimeters of the country’s economy were also in bad shape.

“India had become one of the Fragile Five countries. There was double-digit inflation in the country for 22 months”, Sitharaman said.

The Finance Minister said despite obstacles like the pandemic, the second wave of Covid, Omicron and the war in Ukraine — all of which were beyond India’s control — Indian currency continues to perform well.

The RBI is continuously monitoring and intervening only if there is volatility. RBI’s intervention is not so much to fix the value of Indian rupee which is free to find its own course. — Nirmala Sitharaman, Finance Minister