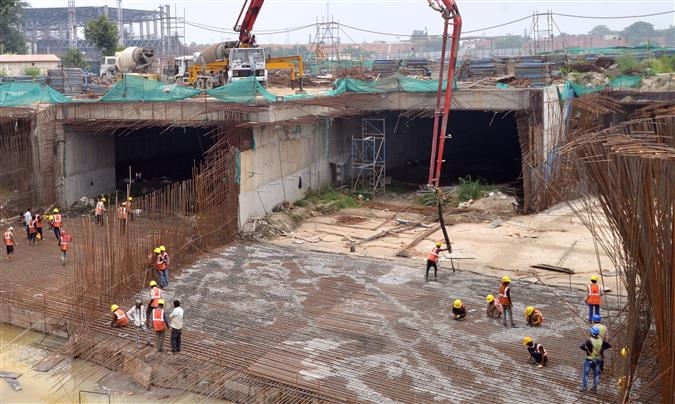 The Centre has made a push with state governments to help speed up the registration of workers in the unorganised sector on its e-Shram portal.

The Union Labour Ministry has communicated to States in this matter. Also other stakeholders have been taken in the loop by the Ministry to boost up the drive.

As per latest data, about 27 lakh workers have been registered on the portal since its launch on August 26.

The government’s objective behind the portal is to create a national database of workers engaged in the unorganised sector. They have so far remained off the map and had been deprived of government’s welfare schemes.

Also, the data would help the government to scientifically devise plans and policies for them, and reach them in times of need.

Inaugurating a camp for registration of workers on the portal in the Shram Shakti Bhawan here on Thursday, Union Minister of State for Labour Rameshwar Teli said that the registration also provides Rs 2 lakh Accidental Insurance Cover on death or permanent disability.

Besides, Rs 1 lakh would be given on partial disability.

A Universal Account Number is provided to each of the workers upon registration.