Made from natural fibres, it will reduce carbon footprint 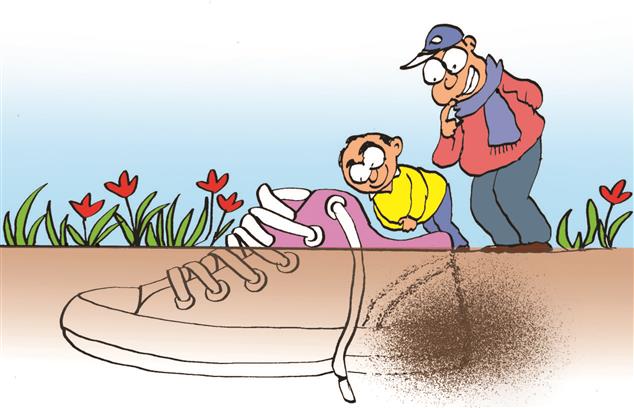 A 100% biodegradable shoe manufactured from sugarcane and eucalyptus with 82% of the material bio-based? Yes, you read it right! Moreover, if the product is by an Indian firm, you might think it is next to impossible. However, banking on innovation, a Panchkula-based firm is set to launch lifestyle shoes that will be easily biodegradable as compared to conventional ones.

“We will be the only one to use natural and renewable fibres in our shoes that will be 100% biodegradable. The upper and lining material will be of Tencel which will be made from the pulp of eucalyptus wood. The Tencel would be sourced from Austria. This material uses 95% less water than cotton. Also, we will use an EVA outsole with 70% sugarcane content which will be sourced from Brazil. An additive that ensures 100% biodegradation would be added to this,” said IS Paul, chairman, Cedrus Lifestyles Ltd. The company is a sister concern of Drish Shoes Ltd., which has been catering to domestic and international market for over 25 years.

Global footwear consumption is projected to reach 40 billion pairs in 2025 from 24 billion last year. In India, around three billion pairs are produced annually. The production of shoes has a significant impact on environment due to the use of materials such as leather, adhesives, rubber, polyvinyl chloride (PVC) and polyurethane (PU). When the shoes are discarded by consumers, almost 95% of them end up on landfills, causing serious damage to the environment as they emit methane and Co2.

The company claims the shoe will be decomposed in the soil within 5 years as compared to conventional shoes which take around 50-200 years to decompose, posing serious threat to the environment.

“We have developed prototypes and initially we will produce 2,000 pairs by the end of February. We plan to launch the product with a brand name “Broos” by April next year,” said Paul. The shoe is likely to be priced anywhere between Rs 4,000 and Rs 4,500.

Paul said the biomass obtained after biodegradation will be tested for toxins. This biomass will be converted into manure using enzymes and bacteria, which can further be provided to farmers for free. The farmers can replace the synthetic fertilisers with the natural one, thus reducing carbon footprint.

Globally, San Francisco-based footwear company Allbirds is the most successful player which introduced the environment-friendly shoe. It launched its product in March 2016 with a direct-to-consumer model and quickly gained reputation for quality and commitment to environmental sustainability though online reviewers rave about the comfort of the shoes. Allbirds has sold one million pairs and recorded $100 million in revenue over in the first two years.