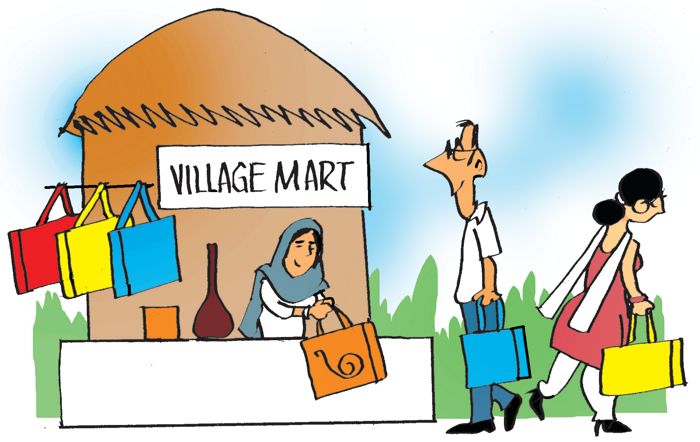 After leaving government job as a mathematics teacher in the early 90s, Ludhiana-based Gurdev Kaur Deol tried her hands on many things and finally decided to empower rural women and girls.

It started as a small group in the form of a self-help group and today she is transforming the lives of 300 families by marketing their produce through Farmer Producer Organisations (FPOs).

She is not the lone example. There are many women and NGOs who are engaged in transforming the lives of rural women through self-help groups. The women who were unemployed earlier are now earning anywhere between Rs 5,000 and Rs 20,000 per month.

At a time when dwindling farm incomes are making agriculture unviable, especially for small and marginal farmers, self-help groups (SHGs) in Punjab are silently transforming the lives of women folk and their families. They are helping the rural girls and women to become independent by taking initiatives for starting new ventures.

“Initially, I formed SHGs involving 15 rural women in Ludhiana district. They were imparted training for making pickles. Later, I made ‘Global Self-Help Group FPO’ which is now engaged in production, manufacturing, processing and marketing of food processing items such as pickles, squash, honey besides staples,” said Deol.

Echoing similar sentiments, Deepika Sindhwani, president, Mahila Kalyan Samiti (NGO), said, “These rural women are talented and need guidance. We have formed 350 SHGs with each SHG having 10 women members. Most of the members are housewives. We have imparted them training in phulkari, jute bags and food processing.”

“We had even sought help from NIIFT for phulkari (design and colour combination). As a result, these women are now earning anywhere between Rs 10,000 and Rs 15,000,” said Deepika who is working in Mohali and Fatehgarh Sahib to promote the SHGs.

To assist the women, the National Bank for Agriculture and Rural Development (Nabard) is helping them through SHG Bank Linkage Programme. It has facilitated formation and saving linkage of around 50,000 and credit linkage of 31,300 SHGs in Punjab.

“During the past one decade, we have also started forming Farmers’ Producer Organisations (FPOs) to increase farmers’ income. A few of our FPOs have successful women farmers,” said JPS Bindra, chief general manager, Nabard.