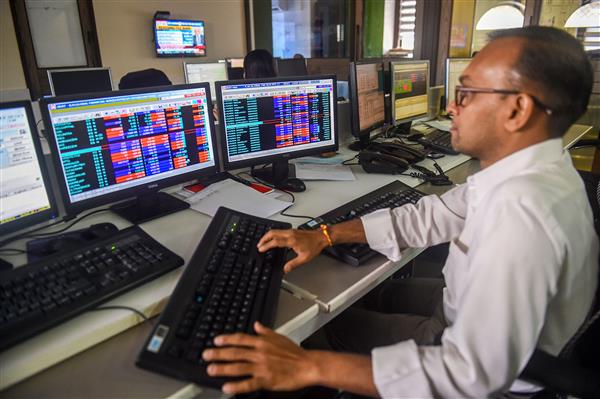 On the other hand, SBI, PowerGrid, NTPC and Reliance Industries were among the gainers.

“Profit-booking was visible in IT, Pharma and FMCG space, while PSU Banks continued to see investors’ interest with PSU Bank index rising briskly by over 6 per cent,” he said.

Rotational trading was seen, where a number of mid cap and small cap stocks witnessed sharp uptick as improving earnings visibility is attracting investors to this space especially in sectors which are considered to be beneficiary of higher capex, he added.

Elsewhere in Asia, bourses in Hong Kong ended on a positive note, while those in Tokyo and Seoul were in the red.

Stock exchanges in Europe were also trading with losses in mid-session deals.