Among the metros, the maximum increase in the retail price of tomato was seen in Kolkata where the key kitchen vegetable was ruling as high as Rs 72 per kg on October 12 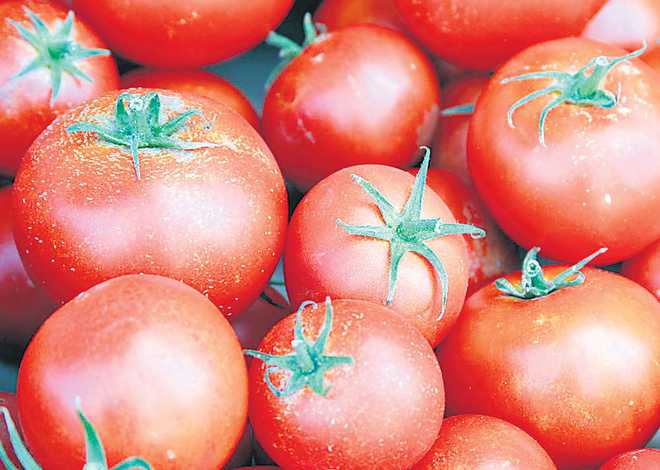 Tomato prices in retail markets of metro cities have shot up to Rs 72 per kilogram on tight supply due to unseasonal rains in key producing states like Madhya Pradesh and Maharashtra.

Among the metros, the maximum increase in the retail price of tomato was seen in Kolkata where the key kitchen vegetable was ruling as high as Rs 72 per kg on October 12 when compared to Rs 38 per kg during the month-ago period.

In Delhi and Chennai, retail prices of tomato increased to Rs 57 per kg from Rs 30 per kg and Rs 20 per kg, respectively, compared to the month-ago period, according to data compiled by the Consumer Affairs Ministry.

In Mumbai, tomato prices in retail markets rose to Rs 53 per kg from Rs 15 per kg in the said period, the data showed.

The retail prices of tomato vary depending on quality and locality where the commodity is sold.

"Unseasonal rains in producing states like Madhya Pradesh and Maharashtra have damaged the crop due to which the supply to consuming markets like Delhi has been affected. This has led to a rise in prices, both in wholesale and retail markets," Azadpur Tomato Association president Ashok Kaushik told PTI on Wednesday.

Azadpur Mandi in the national capital is Asia's largest wholesale market for fruits and vegetables.

As a result, tomato prices in a month have almost doubled to Rs 40-60 per kg at Azadpur Mandi as daily arrival of the commodity has halved to 250-300 tonnes, he added.

At present, harvesting is under way in key growing states of Madhya Pradesh, Andhra Pradesh and Karnataka. Tomato crop will be ready for harvest in around 2-3 months after planting and harvesting is done as per the requirement of the market.

India, the world's second largest tomato producer after China, produces around 19.75 million tonnes from an area of 7.89 lakh hectares with an average yield of 25.05 tonnes per hectare, according to National Horticultural Research and Development Foundation. PTI