Regulator's consultation paper runs into 207 pages and throws up 74 questions for industry-wide discussion, touching on crucial aspects like valuation and reserve price of spectrum, including 5G, quantum of spectrum, block size 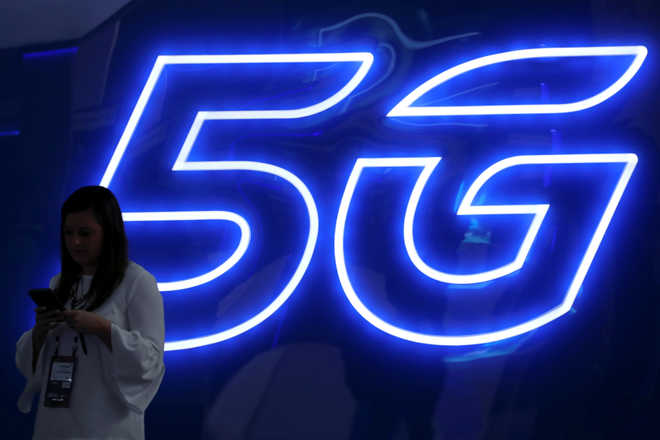 Telecom regulator TRAI on Tuesday released a detailed consultation paper to discuss threadbare the modalities for auction of spectrum across multiple bands, including pricing, quantum and other conditions—preparing the groundwork for 5G auctions slated for next year.

TRAI’s comprehensive consultation paper runs into 207 pages and throws up 74 questions for industry-wide discussion, touching on crucial aspects like valuation and reserve price of spectrum, including 5G, quantum of spectrum, block size, eligibility conditions for participation in auction, roll-out obligations, spectrum cap, and surrender of spectrum.

The telecom industry, which has repeatedly expressed concerns over high spectrum pricing, will take solace from the fact that TRAI has asked stakeholders if there is any valuation approach other than one mentioned “or any international auction experience/ approach that could be used for arriving at the valuation of the spectrum” for the bands.

The last round of spectrum auctions, held in March this year, had raked-in winning bids of over Rs 77,800 crore for 855.6 MHz of spectrum. But nearly 63 per cent of total spectrum remained unsold.

TRAI’s consultation paper comes at a time when industry body COAI is learnt to have asked the government to cut the base price of spectrum by more than half, especially for 5G services.

Releasing the consultation paper on “auction of spectrum in the frequencies identified for International Mobile Telecommunications (IMT) / 5G”, TRAI on Tuesday noted that the Department of Telecom (DoT) had sought its recommendations on issues such as reserve price, band plan, block size, quantum of spectrum to be auctioned and associated conditions for auction of spectrum in multiple bands.

Provisions announced in September as part of telecom reforms, including those related to surrender of spectrum, rationalisation of bank guarantees, and extended 30-year tenure of spectrum, would also be accounted for in the valuation of spectrum.

Significantly, TRAI has asked the industry and other stakeholders if there is a need to bring any change in the valuation approaches/ methodologies followed by the regulator for spectrum valuation exercises “in view of the changing dynamics in the telecom sector largely due to the usage of various spectrum bands by the TSPs in a technologically neutral manner.”

It has also sought industry’s feedback on whether auction determined prices of March 2021 should be taken as the value of spectrum in the respective band for the forthcoming auction.

“In the present reference received from DoT through its letters dated 13 September 2021 and 23 September 2021, DoT has stated that spectrum unsold in the auction held in March 2021 along with the additional spectrum may be put to auction in the forthcoming auction.

A major takeaway for the industry from the upcoming discussion exercise relates to the valuation and reserve price of spectrum, pricing being a contentious matter, and over 30 questions in TRAI’s consultation paper deal with such issues.

TRAI has asked how should the extended tenure of spectrum allotment from the existing 20 years to 30 years be accounted for in the spectrum valuation exercise.

Another query pertained to gauging what could be the likely impact of telecom reforms announced by the government in September 2021 on the valuation of various spectrum bands, particularly with regard to rationalisation of bank guarantees to securitise deferred annual spectrum payment instalments in future auctions, and nil spectrum usage charges.

The regulator enquired if there is a need to bring any change in the valuation approaches or methodologies followed for spectrum valuation exercises in view of the changing dynamics in the telecom sector.

It has asked the industry about the possible reasons for the relative “lack of interest” for the spectrum in bands such as 700 MHz and 2500 MHz bands, and sought views on the approach that can be adopted for valuation of these bands.

TRAI has asked if global benchmarking by comparing the auction determined price in countries where auctions have been concluded, should be used for arriving at the value of these new bands.

On spectrum cap, it asked if the overall spectrum cap of 35 per cent requires any change.

The Telecom Regulatory Authority of India (TRAI) had earlier recommended a base price of Rs 492 crore per megahertz for spectrum in 3.3-3.6 Ghz band. The industry has been asking for a relook at spectrum prices.

He hoped that the industry would be able to put its points across for “acceptable and rational” pricing of spectrum that would enable robust 5G rollout in the country. PTI

'No' means no even after initial 'yes' in rape case: Punjab and Haryana High Court

There will be no action in sacrilege cases as everyone at top is involved, says Kejriwal