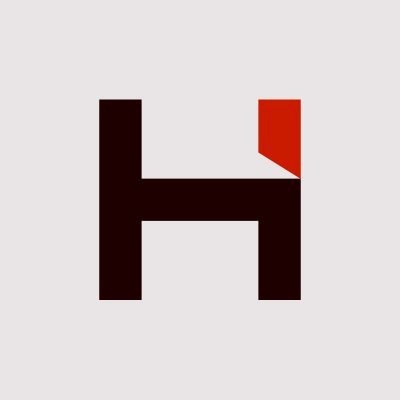 Well-known US activist investor Hindenburg Research has alleged that Adani Group was "engaged in a brazen stock manipulation and accounting fraud", a charge the conglomerate described as malicious, unsubstantiated, one-sided, and having done with malafide intention to ruin its share-sale.

Hindenburg, a US-based investment research firm that specialises in activist short-selling, said its two-year investigation reveals that "the Rs 17.8 trillion (US$ 218 billion) Indian conglomerate Adani Group has engaged in a brazen stock manipulation and accounting fraud scheme over the course of decades." The report comes ahead of a Rs 20,000 crore follow-on share sale of Adani Group's flagship Adani Enterprises. Group representatives said a statement in response would be issued later.

The follow-on public offer (FPO) is slated to open on January 27 and close on January 31.

Adani Group said it was shocked to see the report that came out without any attempt to contact it to get the factual matrix.

"The report is a malicious combination of selective misinformation and stale, baseless and discredited allegations that have been tested and rejected by India's highest courts," the ports-to-energy conglomerate said in a statement.

It went on to question the timing of the report, saying its publication ahead of the FPO "clearly betrays a brazen, malafide intention to undermine Adani Group's reputation with the principal objective of damaging" the issue.

Adani Group stocks fell after the report but recouped some of the losses. Adani Enterprises fell 2.5 per cent but pared some losses after the statement to trade at 1.5 per cent lower at 1350 hrs. Adani Ports & SEZ Ltd, which was down 6.23 per cent at noon, too recovered some grounds and was down 5.1 per cent at 1350 hrs.

"Gautam Adani, founder and chairman of Adani Group, has amassed a net worth of roughly USD 120 billion, adding over USD 100 billion in the past 3 years largely through stock price appreciation in the group's seven key listed companies, which have spiked an average of 819 per cent in that period," the US researcher's report said.

The Hindenburg's report details a web of Adani-family controlled offshore shell entities in tax havens spanning the Caribbean and Mauritius to the United Arab Emirates, which it claims were used to facilitate corruption, money laundering and taxpayer theft, while siphoning off money from the group's listed companies.

"Our research involved speaking with dozens of individuals, including former senior executives of Adani Group, reviewing thousands of documents, and conducting diligence site visits in almost half a dozen countries," it said.

Hindenburg claimed to have uncovered "rudimentary efforts seemingly designed to mask the nature of some of the shell entities." "Even if you ignore the findings of our investigation and take the financials of Adani Group at face value, its 7 key listed companies have 85 per cent downside purely on a fundamental basis owing to sky-high valuations," the report said adding key listed Adani companies have also taken on substantial debt, including pledging shares of their inflated stock for loans, putting the entire group on precarious financial footing.

Adani Group has repeatedly dismissed debt concerns. Its Chief Financial Officer Jugeshinder Singh on January 21 on a media call stated that "Nobody has raised debt concerns to us. No single investor has." "The investor community has always reposed faith in Adani Group on the basis of detailed analysis and reports prepared by financial experts and leading national and international credit rating agencies," the group said on Wednesday.

"Our informed and knowledgable investors are not influenced by one-sided, motivated and unsubstantiated reports with vested interests." The statement went on to state that the group is a diverse portfolio of market-leading businesses managed by CEOs of the highest professional calibre and overseen by experts in various fields for several decades.

"The Group has always been in compliance with all laws, regardless of jurisdiction, and maintains the highest standards of corporate governance," it added.

CreditSights, part of the Fitch Group, had in September last year described the group as "overleveraged". CreditSights later corrected some calculation errors but maintained that it had "concerns" over its debt.

Adani Group had responded to CreditSights' original report saying debt ratios of its companies "continue to be healthy and are in line with the industry benchmarks of the respective sectors". It had also stated that over the past decade, the group had worked to improve its "debt-metrics through our capital management strategy".