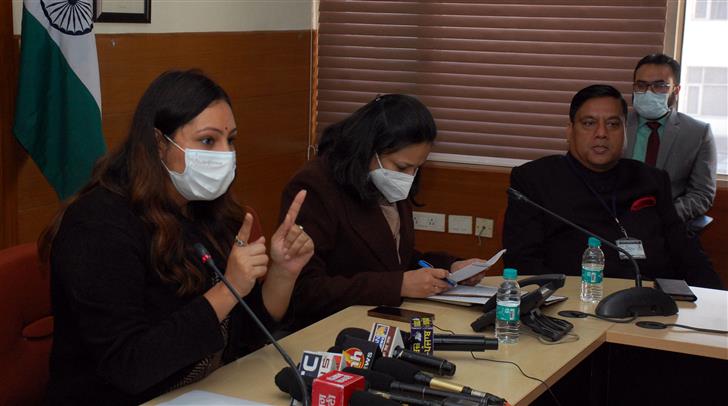 About 1.03 per cent of the total voters in the district, who are aged above 80, and 0.47 per cent, who are divyangs, have applied for voting through postal ballot.

In a press conference here today, District Election Officer-cum-Deputy Commissioner Isha Kalia informed that about 32 model polling stations and two pink polling stations each would be set up in the Kharar, Mohali and Dera Bassi constituencies. Besides, a polling station for divyangs will come up in each constituency.

Isha Kalia said Covid vaccination of the entire polling staff in the district had been ensured. She said the third polling rehearsal would be held on February 13.

A total of 32 cases of violation of the Model Code of Conduct, 113 under the Excise Act, 54 drug cases, four under the IPC and two arms cases had been registered till date. Isha Kalia said the Media Certification and Monitoring Committee confirmed five cases of paid news.