Had provided arms, shelter to assailants; 80 cartridges recovered from him 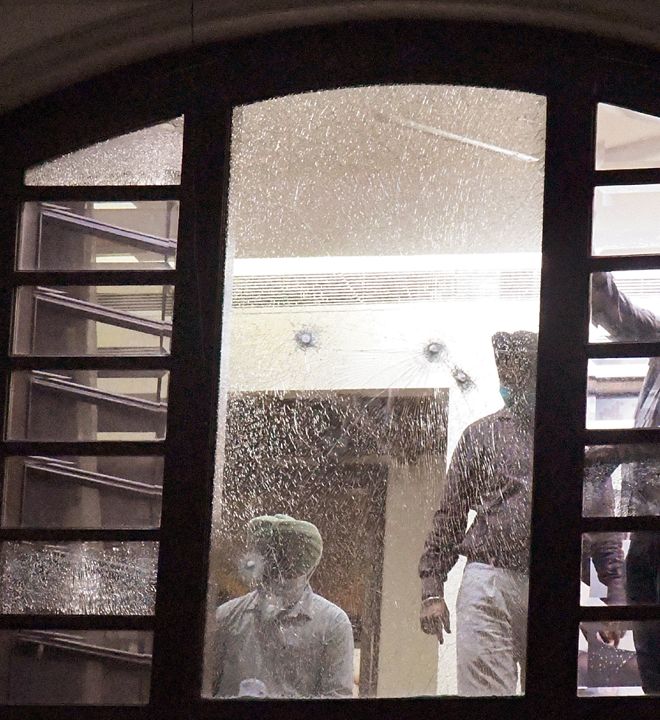 Forensic experts at the house in Sector 33, Chandigarh. File photo

A Sarangpur resident, who provided arms and shelter to the assailants who opened fire at a hotelier’s house in Sector 33, has been arrested by the UT police. As many as 80 cartridges have been recovered from his possession.

The suspect had been identified as Kulwinder Singh, alias Kala (40), a resident of Sarangpur.

The police said they received a tip-off on Wednesday night that Kala, an accomplice of gangster Lawrence Bishnoi who is suspected to be involved in the firing at the hotelier’s house in Sector 33, was present near an institute in Sector 34 in a black Ciaz car.

Acting on the information, the police nabbed Kala and recovered 80 cartridges of 7.62 bore from him. During the investigation, it was found that Kala provided weapons to the assailants.

He also assisted the assailants in conducting a recce of Arvind Singla and his brother Rakesh Singla’s house. Kala was produced before a court today, which remanded him in five-day police custody.

Meanwhile, Zirakpur resident Sewak, alias Guru, who was held for arranging a vehicle for the assailants to carry out the shootout, was also produced before a court, which remanded him to five-day police custody.

Though Sewak claimed that he didn’t know about the plans of the assailants, a police official said anything on the involvement of Sewak could be confirmed only after the arrest and interrogation of other suspects. Around four to five assailants had opened indiscriminate fire at businessman and hotelier Rakesh Singla’s house in Sector 33 on May 31. At least 17 bullets were fired at his house. The assailants had come looking for Singla’s brother Arvind Singla.