10 more down with Covid in Mohali district : The Tribune India

10 more down with Covid in Mohali district 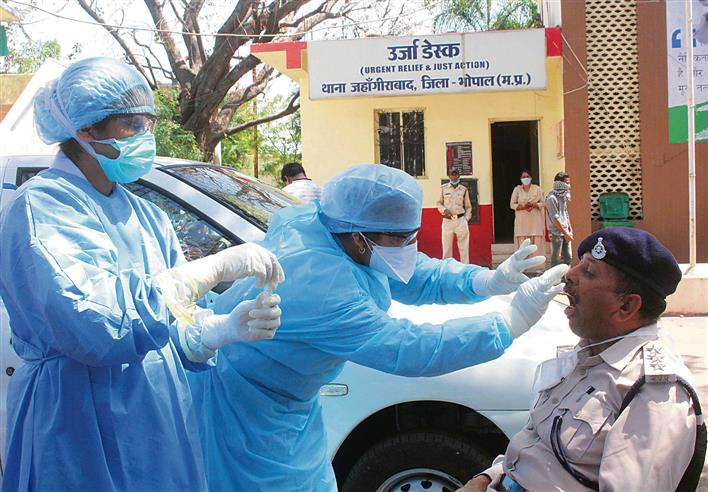 As many as 10 persons tested positive for Covid-19 in the district today, taking the tally to 218.

The Civil Surgeon, Dr Manjit Singh, said Manpreet Singh, a resident of Nuelka village, was discharged from Gian Sagar Hospital on Saturday after defeating the virus.

The Civil Surgeon, Dr Manjit Singh, said the 57-year-old patient from Kurali was a Delhi returnee while the girl and the woman had a travel history to Uttar Pradesh. The patients from Lalru and Kharar were the contacts of already positive patients. The cases from Baltana were the contacts of Bapu Dham Colony patients. He said the patient from Sector 91 was an influenza-like illness (ILI) case. Nine patients had been admitted to the Covid Care Centre at Gian Sagar Hospital in Banur. The 67-year-old woman, who is a cardiac patient, had been admitted to the PGI.

Dr Manjit said health teams had been sent to collect the samples of the family members and contacts of the patients. The number of active cases in the district rose to 76 while a total of 139 patients had been cured.