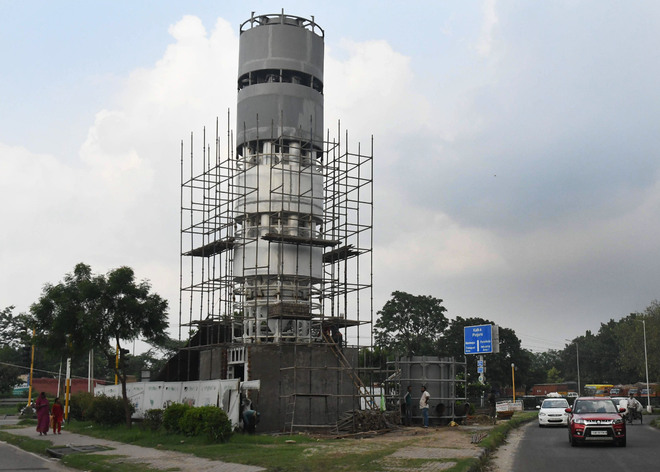 Work in progress for the installation of an open-air purifier at Transport Chowk, Sector 26, Chandigarh. Photo: Manoj Mahajan

Aimed at fast-tracking development projects, the 100-day job list of 16 departments with 33 projects is ready.

Under fire for tardy pace of work, the departments had been directed by UT Adviser Dharam Pal to draw up a 100-day action plan with an idea to speed up development in the city.

Under the proposal, the Chandigarh Housing Board (CHB) has set a target to complete five projects within the stipulated period.

Under the Affordable Rental Housing Complexes Scheme, 2,195 EWS houses were earmarked and the CHB has already allotted 1,707 houses and plans to allot the remaining houses in the next 100 days. Similarly, the CHB has proposed to dispose of 250 vacant commercial and residential properties in a time-bound manner.

Yashpal Garg, Chief Executive Officer, CHB, said the e-tendering process had been adopted for the sale of these properties and efforts would be made to sell all these vacant properties through a transparent e-bidding process in the next 100 days.

On other depts’ mind 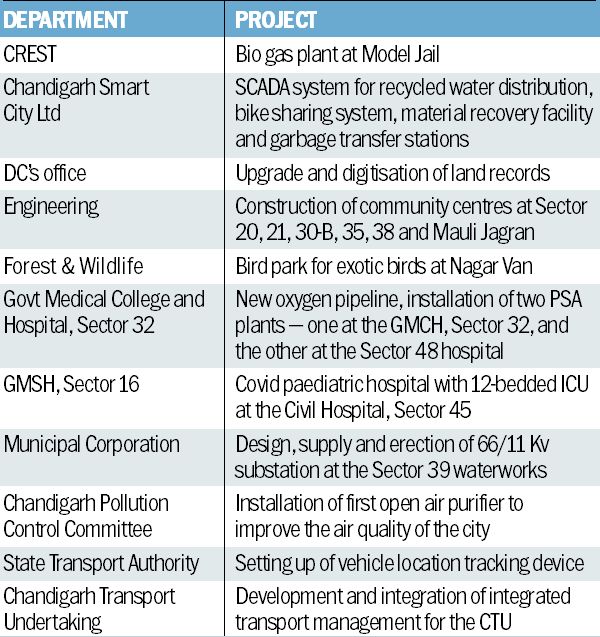 Garg said a green building was being constructed within the premises of the CHB to accommodate its offices. “The project has been delayed due to disruption of work because of Covid-19. Efforts are being made to complete the construction work in the next 100 days,” he said.

The CHB is going to launch a self-financing general housing scheme at IT Park for 728 flats. “The building plans have been submitted to the Plan Approval Committee. Subject to sanction of the building plans and getting environment clearance, the scheme will be launched in the next 100 days,” said the CEO.

The other projects include completion of the supervisory control and data acquisition (SCADA) system for recycled water distribution network pan-city at a cost of Rs4.78 crore, engagement of agency for the public bike sharing system at a cost of Rs20 crore by Chandigarh Smart City Ltd, upgrade and digitisation of land records by the DC office; and making four schools — government model senior secondary schools at Raipur Kalan and Maloya Pocket No. 1 and government model high schools at Makhan Majra and Sector 12 — during the current academic session (2021-22) by the Education Department.

Similarly, the Engineering Department plans to complete construction of community centres in Sector 20, 21, 30-B, 35, 38 and Mauli Jagran at a cost Rs13.28 crore, establishment of a bird park for exotic birds at Nagar Van by the Forest and Wildlife Department, upgrade and strengthening of oxygen-related infrastructure such as a new oxygen pipeline to be laid at the GMCH, Sector 32, installation of two PSA plants — one at the GMCH, Sector 32, and the other at the GMCH South Campus hospital in Sector 48, expansion of the ICU at the GMSH, and the Covid paediatric hospital at the Civil Hospital, Sector 45, for a possible third wave of Covid.