The programme highlighted contemporary challenges in the global, regional and local agriculture sectors 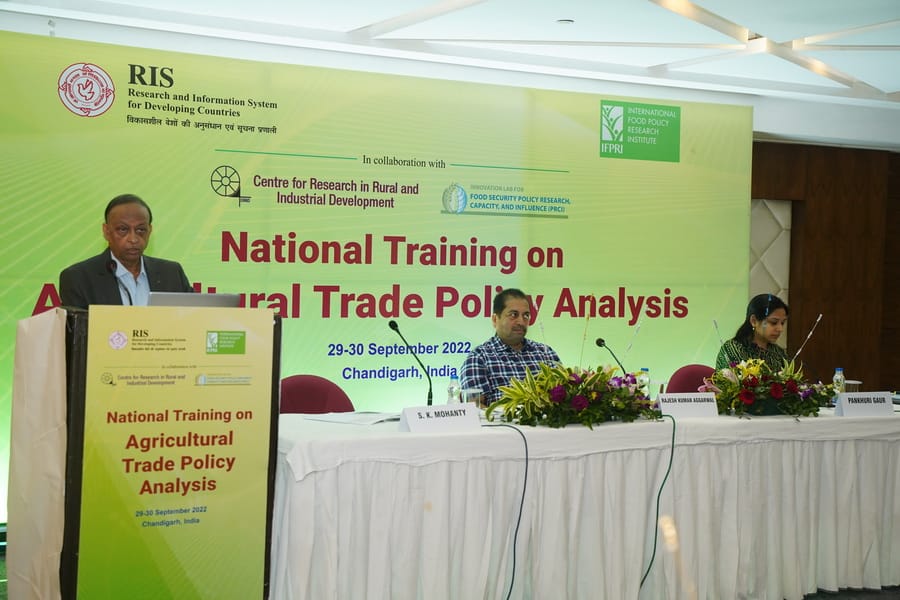 Research and Information System for Developing Countries (RIS), a New Delhi-based think-tank, in collaboration with Centre for Research in Rural and Industrial Development (CRRID), and International Food Policy Research Institute (IFPRI) organised a two-day capacity-building programme in Chandigarh to acquaint young researchers in the areas of agricultural trade and policy analysis.

The capacity-building programme was attended by 20 scholars from different parts of the country. The programme highlighted contemporary challenges in the global, regional and local agriculture sectors.

Prof SK Mohanty, RIS, New Delhi, in his welcome remarks, emphasised that the global economy is at a cross-road since the net availability of food is accompanied by food insecurity in many countries. “Further, the rise of middle-income groups in several developing countries is posing the issue of nutritional challenges. Again, developing countries are witnessing the challenges of livelihood security amidst trade surplus in agriculture and trade competitiveness in a sizable number of commodities,” he said.

Dr Rajib Sutradhar, Christ University, Bengaluru discussed the plight of smallholders and highlighted that such challenges can be addressed through food supply chains.

In his address, Prof Jitender Mohan Singh, Punjab Agricultural University, Ludhiana, said that for making agriculture more sustainable, crop diversification is undertaken in certain Indian states to promote agricultural value chains. The approach toward crop diversification had limited relevance due to the lack of a sustainable mechanism of price support to the farmers in case of a sharp fall in the prices of alternative crops. “In the case of high-value crops, assured marketing of farmers’ output at remunerative prices needs to be ensured. The rotation of rice-wheat cultivation is persisting in the region (particularly, Punjab, Haryana and Western Uttar Pradesh) because of an assured and effective food grain procurement policy for paddy and wheat crops,” he said.

Dr Pankhuri Gaur, RIS, while presenting RIS-IFPRI Study – ‘Developments in Agriculture Trade in the BIMSTEC Region’, mentioned that the Intra-Regional agriculture trade in the BIMSTEC has been much higher than the overall performance of the regional trade during the past two decades.