2 die in accident on airport road 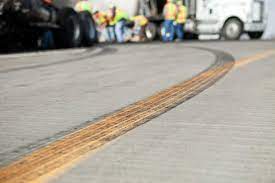 Mohali: Two persons died in a road accident near TDI City on the Airport Road here on Friday night. One of the victims has been identified as Daun resident Gurveer Singh, 28. ASI Bahadur Singh of the Balongi police station said Gurveer was on his way way home when his bike hit an unidentified man crossing the road. The police said the man was about 55-60 years of age. He was wearing a striped T-shirt, a blue loafer and a cap. TNS

Chandigarh: Actor-turned-activist Deep Sidhu visited Matka Chowk on Saturday and met Labh Singh, who has been protesting against the farm laws for over five months. Rajan Bains, who has been protesting at the chowk and was on the spot when Sidhu arrived, said: “Deep Sidhu came there all of a sudden around 3 pm. He spoke to Bapu Laabh Singh and left from there after about half an hour.” TNS

Zirakpur: Residents of the Tribune Parivar Housing Society, Gazipur, alleged that a power transformer is being installed close to their houses, flouting the mandatory norm of keeping distance from the boundary wall of residential structures. The residents alleged that a builder was raising a housing society and the transformer was being installed to provide power to those houses. Ten plot owners had registered a complaint to PSPCL XEN Khushwinder Singh on July 27. TNS

Mohali: Rayat Bahra University organised a Covid-19 vaccination camp on the university campus. The camp was organised with the help the Mohali Civil Hospital. Gurvinder Singh Bahra, Chancellor, said vaccine was the only way to return to normalcy and the university was striving to get all eligible persons on the campus vaccinated before the advent of the expected third wave. TNS