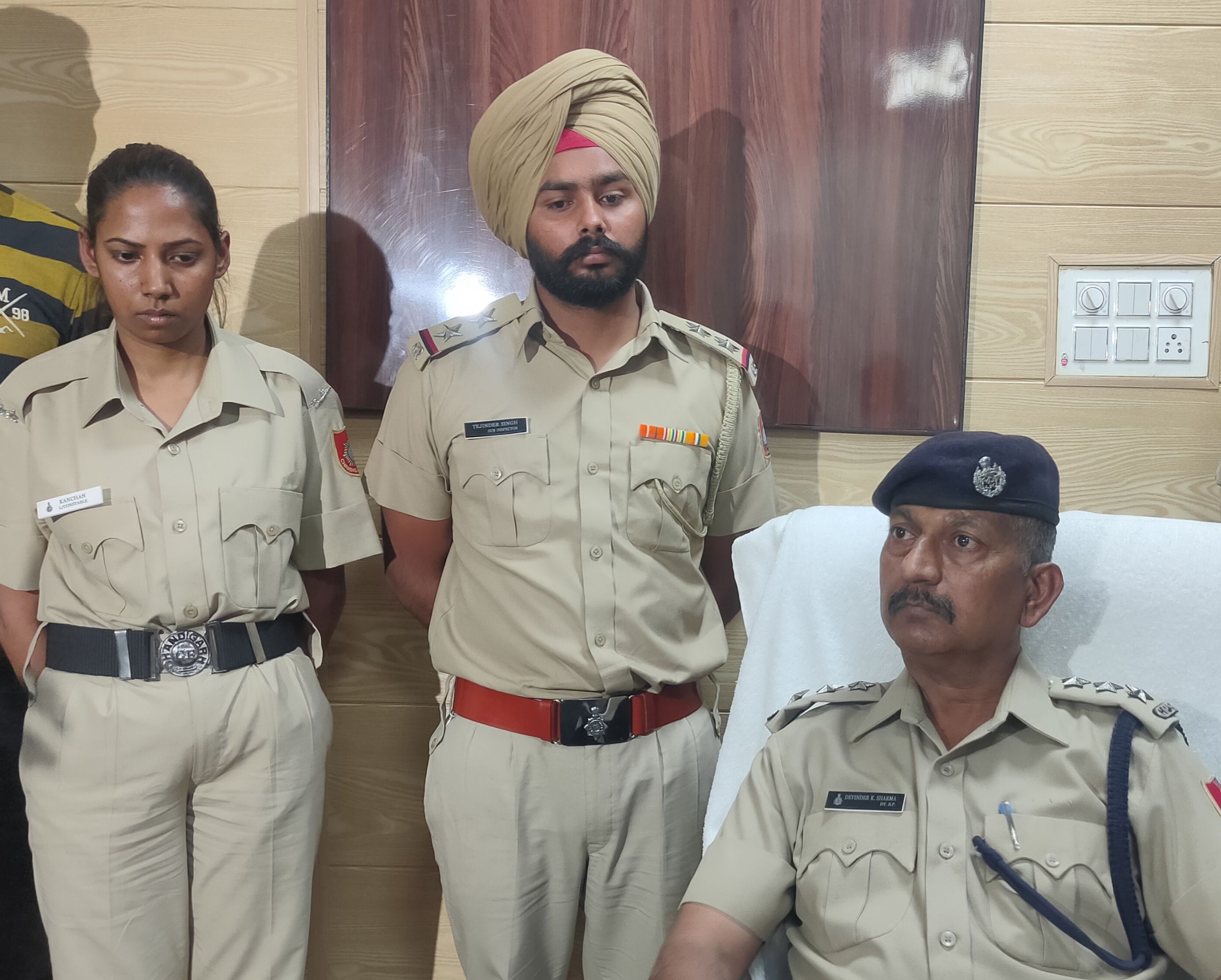 DSP Davinder Sharma addresses the media regarding the arrest of the two fake cops (seen standing) in Chandigarh on Friday. Pradeep Tewari

The police have arrested Ambala resident Tejinder Singh (24) and Dera Bassi resident Kanchan (25) for allegedly impersonating as officials of the UT police near a gurdwara on April 22.

On being questioned, they showed their ID cards, but these were found fake. The fake ID cards and documents were seized from them. —