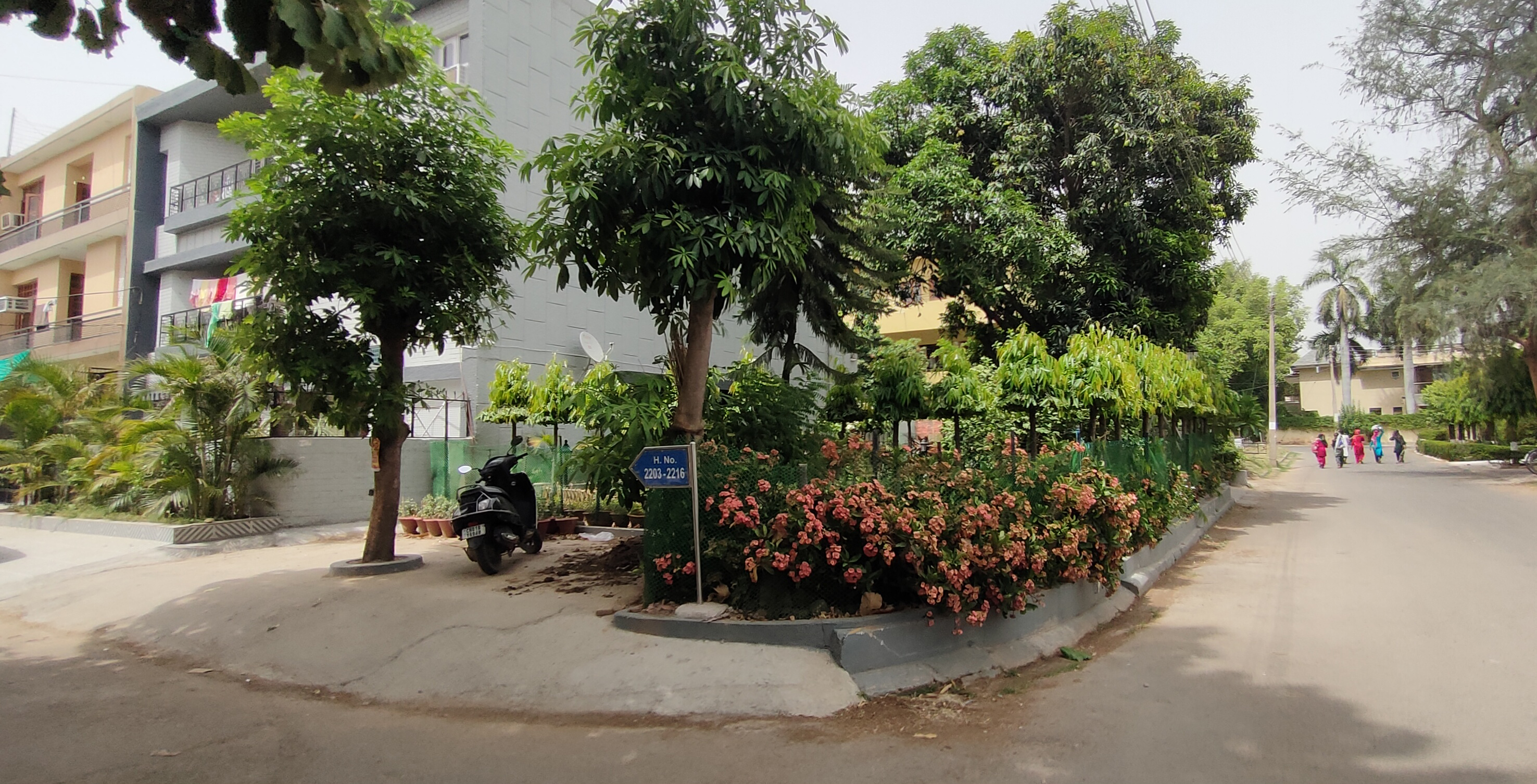 A pedestrian path under encroachment in Chandigarh. Pradeep Tewari

With the UT having failed to implement the parking policy, a drive against encroachments on green belts outside houses has remained halted for over two years.

While staying the anti-encroachment drive of the MC which was started from Sector 19 in January 2019, the Punjab and Haryana High Court had made it clear that the drive would not be undertaken till the Chandigarh Administration and the MC completed the task of preparing a draft parking policy, completed the survey and removed encroachments from parking lots.

For now, we are ensuring that our essential infrastructure, such as road gullies, do not get blocked by these encroachments. We do remove such encroachments under our special drive. Anindita Mitra, MC Commissioner

The court had said it was sanguine about the fact that the Administration, in order to remove encroachments, would endeavour to undertake the task of completion of the draft parking policy as early as possible.

However, even after over two years have passed, the authorities have failed to implement the parking policy.

After years of deliberations, the Administration had notified the parking policy in December 2020, but failed to implement it successfully. An official said the Urban Planning Department was directed to improve the policy so that it could be implemented.

In the absence of any action against the violators, the encroachments carried out in the name of beautifying the area has only increased unabated across the city.

Not only the general public, but several bureaucrats and VIPs have also blocked footpaths or pathways by developing green belts outside their respective residences. Some have also fenced government land on all four sides to develop a private park there. Some residents have gone on to encroach on the part of public parks by fencing the area.

Meanwhile, MC Commissioner Anindita Mitra said, “For now, we are ensuring that our essential infrastructure such as road gullies do not get blocked by these act of encroachments. We remove such encroachments under our special drive.”

An official said, “We keep a check that any new such encroachment does not take place in the city.”