'We will remain in Congress and support Mayor' 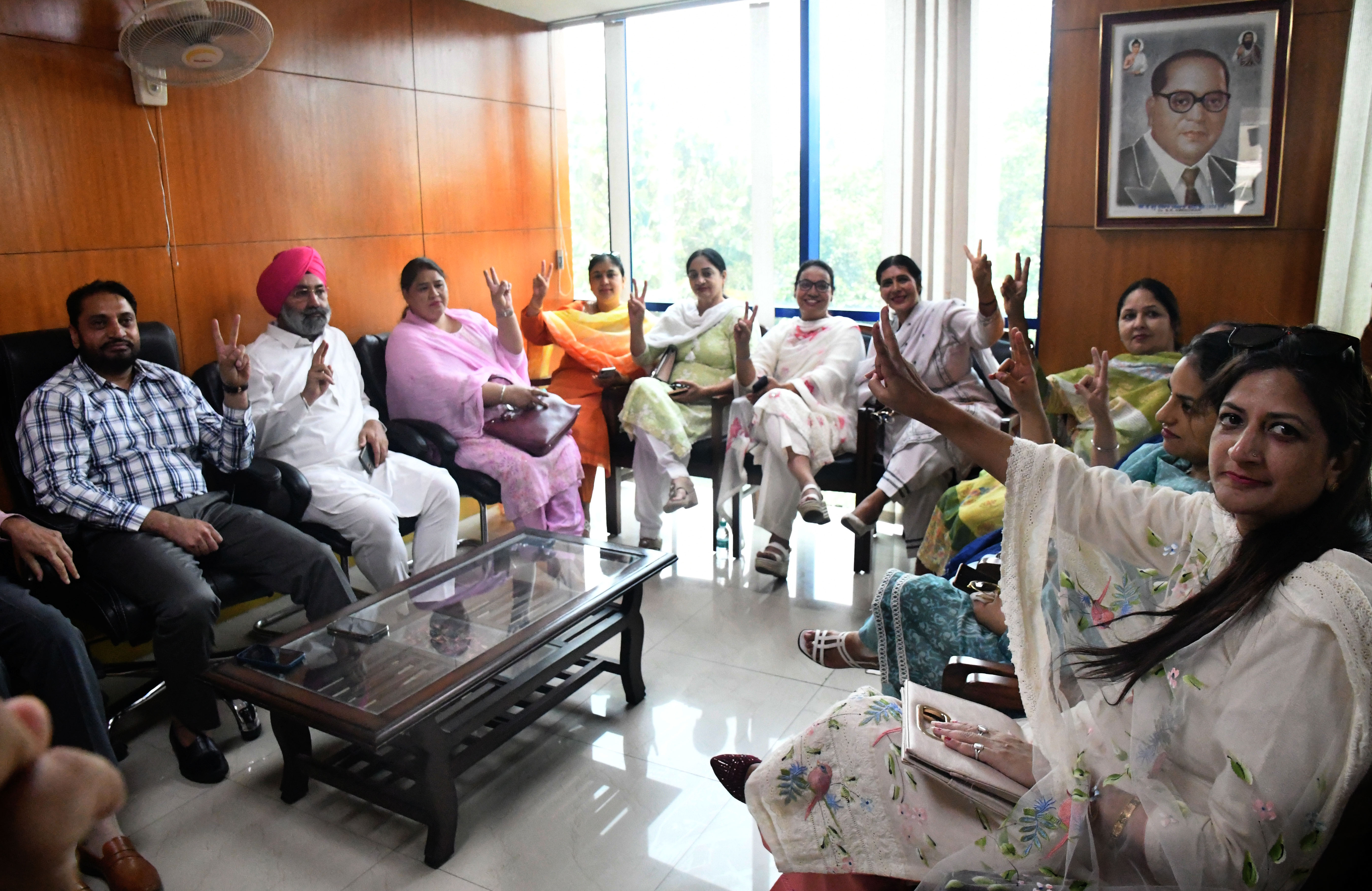 Councillors flash the victory sign during a meeting with Mayor Amarjit Singh Sidhu, who recently joined the BJP, at the MC office, Sector 68, in Mohali on Tuesday. Tribune photo: Vicky

In the name of “Mohali’s development”, 26 Congress councillors lent their support to Mayor Amarjit Singh Sidhu, who recently shifted to the BJP, during an informal meeting at the Municipal Corporation office today. Five Congress councillors took part in the meeting through video calling.

Senior Deputy Mayor Amrik Singh Somal and Deputy Mayor Kuljit Singh Bedi also attended the meeting. Although the purpose of the meeting was stated to be a discussion over development works, Sidhu leaving the Congress and joining the BJP dominated the proceedings.

Sidhu said, “The meeting was held in a cordial atmosphere, and we discussed civic issues. I have not asked any councillor to leave the Congress and join the BJP. It is their own will but we will continue to work together for the welfare of the city. Even three AAP councillors have informally assured me of their support.”

Meanwhile, the Congress councillors (Sidhu loyalists) said the Mayor joining the BJP did not make any difference to them as they were for the city’s development and they would support the BJP Mayor while remaining in the Congress fold.

They even gave the example of former Mayor Kulwant Singh (from Azad Group) whom they supported for full term after he joined the Akali Dal. The position of the Congress in House has diminished after the turn of events but their entire focus now is on not letting the AAP capitalise on it.

“We will remain in the Congress and support the Mayor. Otherwise, our strength will split in three parts and it will ultimately benefit AAP. We do not want that and this decision will be explained to the high command,” said Kuljit Bedi.

‘Don’t want AAP to get advantage’

We will remain in the Congress and support the Mayor. Otherwise, our strength will split in three parts and it will ultimately benefit AAP. We do not want that and this decision will be explained to the high command. — Kuljit Singh Bedi, Deputy Mayor