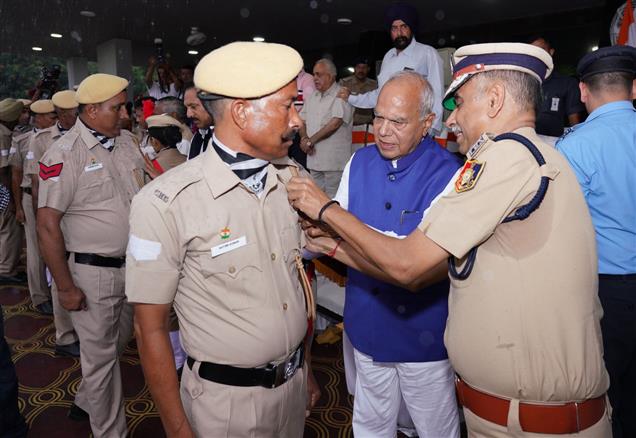 A total of 26 police personnel were today given the Director General Police’s (DGP) Commendation Disc Award, which has been introduced in the Chandigarh police for the first time, during the “Har Ghar Tiranga” event organised at the Urban Park, Sector 17.

The piping ceremony of the Chandigarh Home Guard was also held. A total of 53 Home Guards were decorated and appointment letters were issued to 10 new recruits on compassionate ground at the ceremony.