Safety concerns as assailants strike at will in the city 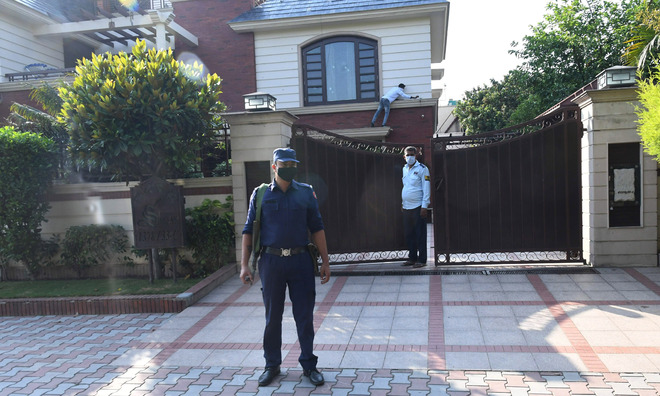 The second such incident during the past 48 hours has once again pointed towards the deteriorating law and order situation and prevailing gun culture in the city.

In the past 14 months, there has been a sudden rise in shooting incidents, including five killings, two of which took place in broad daylight.

On Sunday, four or five assailants, who had come looking for a liquor contractor, had opened indiscriminate fire on his brother’s house in Sector 33. Today, another attack at a liquor vend in the posh Sector 9 market has left the UT police red-faced.

Despite stepped up police presence and patrolling in view of the lockdown, criminals are moving in the city without any fear, raising concerns over the safety of city residents.

In the recent past, gangsters from neighbouring states have been fearlessly targeting their rivals residing in Chandigarh.

In March last year, a former DAV College student leader was shot dead at a flat in Sector 49.

While a youth was shot dead in full public view outside the ISBT, Sector 17, hardly 100 metres from the police station, in the other case, Sonu Shah, a financier with a criminal record, was shot at his office in Burail.

In December, two college students were also shot dead at their rented accommodation in Sector 15. Members of the Lawrence Bishnoi gang were behind the double murder.

This was followed by another shooting in March when a bouncer, Surjit Singh, was shot dead near his house in Sector 38 (West). The murder is suspected to be the handiwork of gangsters who had a rivalry with him.

Besides the murders, firing incidents were also reported from the city, including outside a club in Sector 26 and outside the Government Medical College and Hospital (GMCH), Sector 32.