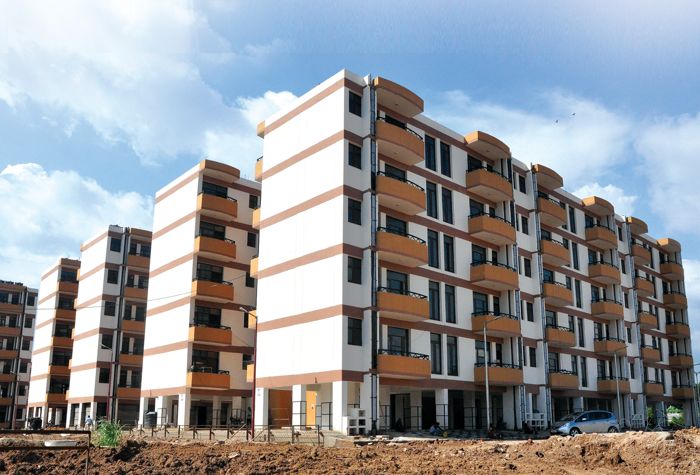 The Chandigarh Housing Board (CHB) has earned Rs9.81 crore from the auction of 12 dwelling units.

The Chandigarh Housing Board (CHB) has earned Rs9.81 crore from the auction of 12 dwelling units. The total reserve price of these units was Rs8.34 crore, which was revised to Rs9.22 crore.

The CHB had invited e-tenders for the sale of 46 built-up dwelling units on freehold basis in Sector 38(West), Sector 49, Sector 51 and Sector 63. However, a total of 30 e-bids were received for 12 dwelling units. The bids were opened today.

Based on location, view and number of available units, it was decided to go for dynamic reserve prices for some units and accordingly, the reserve prices were enhanced on experimental basis, he added.

For many dwelling units, though single bid was received but it was considerably higher than the reserve price, he said. Garg said, “The highest bidder will have to deposit 25 per cent of the bid amount after adjusting the earnest money deposit within five working days of the closure of the bid. In case the bidder does not deposit the required amount within the stipulated period, the earnest money will be forfeited and the bidder will not have any claim to it, whatsoever. Further, the bidder will be blacklisted from bidding for any CHB property in future.”

During the past four months, the CHB has sold 87 residential properties on freehold basis in four e-auctions and earned total revenue of Rs70.60 crore, he said, adding that the board had also earned Rs4.73 crore from the sale of nine commercial properties on leasehold basis.