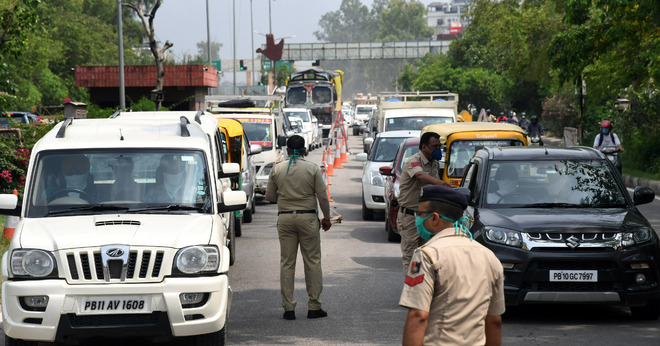 In a major surge in Covid-19 cases, 21 persons, including three health workers, tested positive for the virus in the city today, taking the tally to 487.

A 30-year-old woman staffer of the PGI, residing on the campus, contracted the virus. She was deployed in the Covid ward of the Nehru Hospital Extension.

Six Covid patients were discharged after defeating the virus. As of now, 401 patients have been cured of the disease. There are 80 active cases in the city.

A 40-year-old staffer of the GMCH-32 was also found infected. The staffer, a resident of Daria, is a contact of an already positive case of the hospital.

Three family contacts of an already positive case of Daria were diagnosed with the disease. They are two girls, aged 15 and 11, and a 43-year-old man.

A 67-year-old woman from Sector 38 also contracted the infection. She has nine family contacts and all of them are asymptomatic.

A 39-year-old woman from Sector 15 was also found suffering from the contagion. Her two family members have tested negative.

A 42-year-old man, who was working in Ambala with a travel history to Gurgaon, was found infected with the virus. He is a resident of Sector 32 and has four family members and a maid.

A 64-year-old man from Khuda Lahora also tested positive for the virus. He is working in Punjab.

A nine-year-old boy from Sector 31 also contracted the virus. He is the contact of an already positive case of the area.