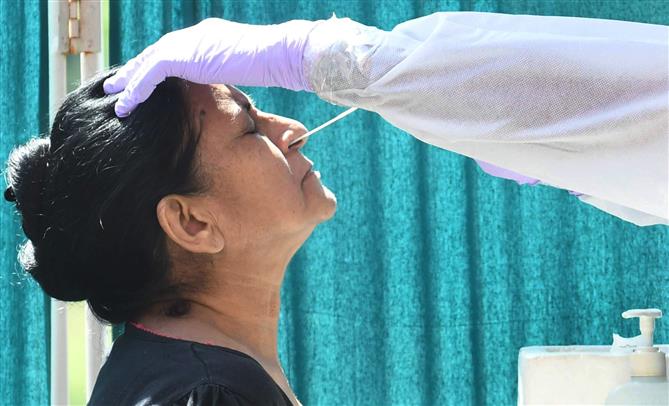 There are 1,835 active cases in the district. Tribune photo

Mohali district witnessed three fatalities during the past 24 hours taking the Covid toll to 189. Fresh 132 cases of coronavirus surfaced in Mohali taking the total number of cases to 10,252.

The Civil Surgeon said 115 cases were reported from Mohali (urban), six from Kharar, five from Derabassi, one from Lalru and five from Gharuan. He said 336 persons had been cured and discharged from various hospitals in the district.

As of now there are 10,253 positive cases and out of these 8,229 had been cured and discharged from hospital. There are 1,835 active cases with 189 deaths in the district.