Police arrest the accused within 3 hours of the crime 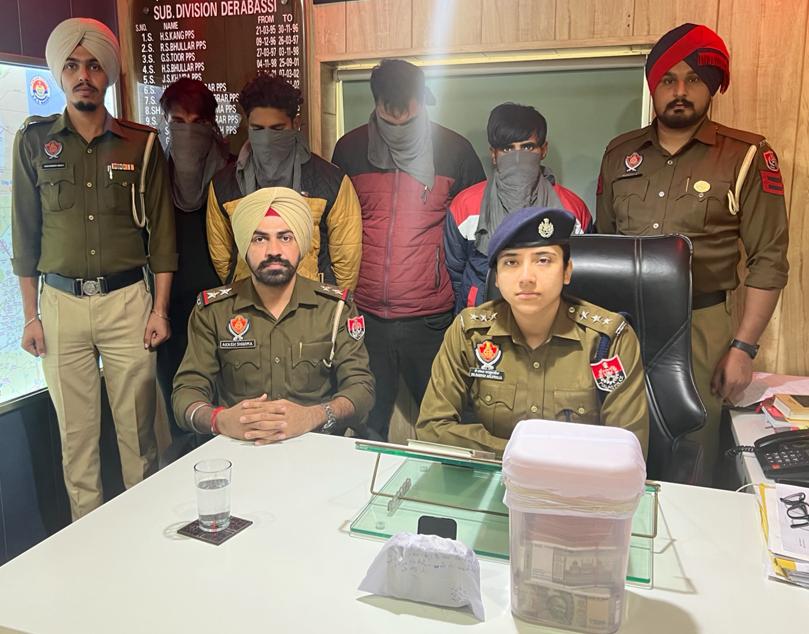 Police with the accused.

The police on Wednesday arrested four men accused of robbing a Ludhiana-based jeweller of cash, jewellery and a car near Sarsini on the Chandigarh-Ambala highway.

The accused snatched Rs 8 lakh in cash, 31.5gm of gold jewellery and the car in the wee hours of Wednesday.

A case was registered at the Dera Bassi police station.

ASP Darpan Ahluwalia said, "The victim was on his way from Shimla to Ludhiana. The victim's driver had colluded with the accused.”

The police arrested all four accused within three hours of the crime, the ASP added.