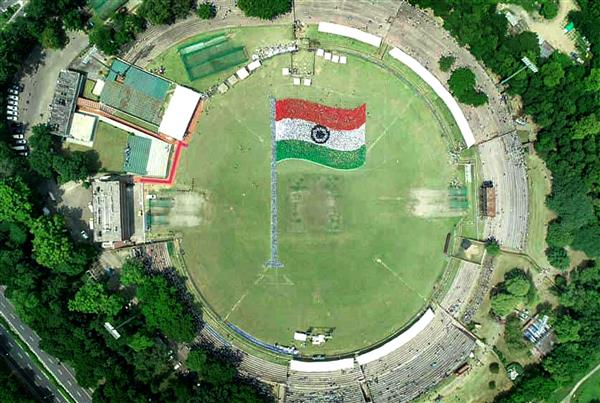 Guinness World Record of ‘Largest Human Image of a Waving National Flag’ was created by 5,885 people at the Cricket Stadium, Sector 16, here today.

The event was organised by the NID Foundation and Chandigarh University to boost Prime Minister Narendra Modi’s “Har Ghar Tiranga” campaign as part of Azadi Ka Amrit Mahotsav. The UT Administrator, Banwarilal Purohit; Union Minister of State for External Affairs and Culture Meenakshi Lekhi and other dignitaries attended the event amid loud chants by the gathering.

Addressing the gathering, Lekhi said, “Thousands of our youth have gathered here to form the waving image of our Tricolour. There could not be a better view in the entire country than what we witnessed here today. Congratulations to the NID Foundation, Chandigarh University and, most importantly, the students, who made this dream of mine come true.” Thanking the Union Home Ministry for allowing people to unfurl the national flag, she said she was overwhelmed by the respect people had in their hearts for the Tricolour.