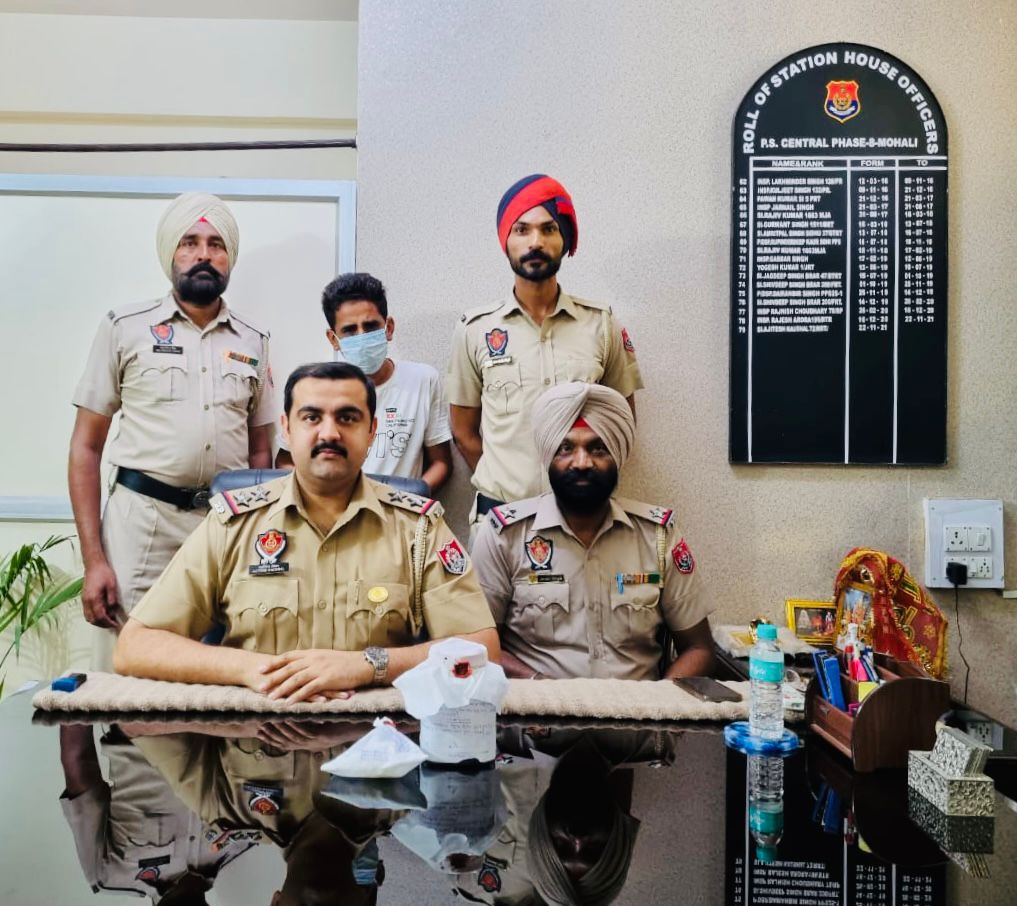 One of the suspects in the custody of the police. Tribune photo

Five youths have been arrested in drug cases.

The police arrested two Sirsa youths and recovered 60-gm heroin, Rs 25,000 drug money, a stolen car and an ATM card from them. A case under the NDPS Act was registered against the suspects, identified as Mukesh Kumar and Vijay, at the Phase 8 police station.

SHO Ajitesh Kaushal said, “Mukesh Kumar was arrested on May 4 and 55-gm heroin was recovered from him. During investigation, his accomplice Vijay was arrested and further recoveries were made from him. A court remanded them in police custody.”

In another case, three persons were nabbed with 150-gm heroin while one of their accomplices escaped the police net in Zirakpur.

Ropar residents Ranjit Singh, Gurmukh Singh and Yadvinder Singh were arrested after a case was registered against them at the Zirakpur police station.