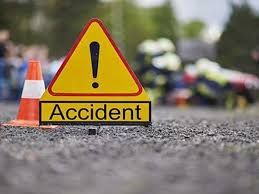 A five-year-old boy was killed when a speeding car hit the tricycle he was travelling on near Dolphin Chowk here on Wednesday. The incident took place when the deceased, Abhay, along with his physically challenged father, was going towards a petrol pump to fetch water. The car rammed into their tricycle from the rear side and sped away. Both fell on the ground after the collision.

The victim’s father, Gopal, who lives in a jhuggi in Bhainsa Tibba, MDC, Sector 4, told the police that they were taken to the Civil Hospital for treatment in another car. Doctors at the hospital declared Abhay dead. A case was registered. — TNS