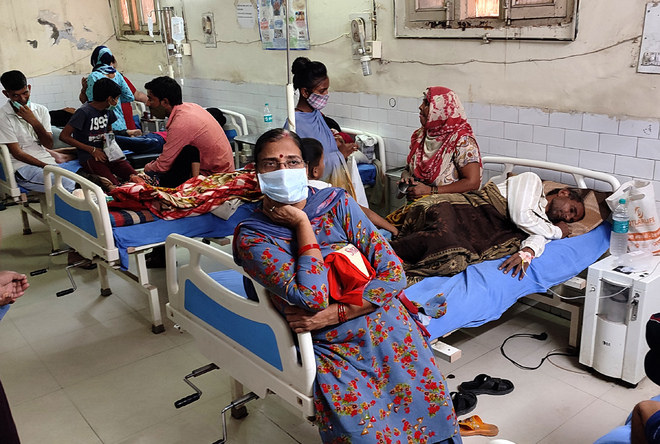 Patients with dengue symptoms being treated at the emergency ward of the Civil Hospital in Dera Bassi on Wednesday. TRIBUNE PHOTO: NITIN MITTAL

A six-year-old was among the four persons who succumbed to dengue in the district today. Besides, 107 new cases of the vector-borne disease were reported.

The deceased have been identified as Balongi resident Sakshi, 6, Nayagaon resident Paramveer Singh, 26, Zirakpur resident Manju Vats, 67, and Phase 5 resident Anupam, a 28-year-old woman. Three patients died at private hospitals while the child breathed her last at the GMSH-16.