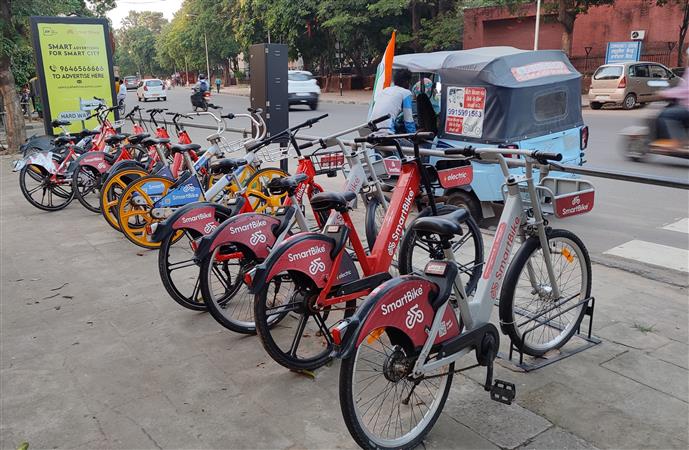 A year after the public bike-sharing (PBS) project was launched in the city, the UT Administration has decided to change the location of 62 sites to make it more viable for the company running the operations. While some of the locations will be changed entirely, others will see minor alterations, including shifting the current docking station closer to the road.

More docking stations will be opened near bus queue shelters to ensure last-mile connectivity. “The idea is riders are able to reach the bus stop on a bicycle and catch the bus directly or vice-versa, without having to walk long distances,” said an official.

The decision was taken at a meeting chaired by UT Adviser Dharam Pal today. The meeting was held after the company running the operations raised concerns over fiscal viability of the project.

To allay their concerns, the authorities will offer them sites from where advertisements on docking stations will be more visible. 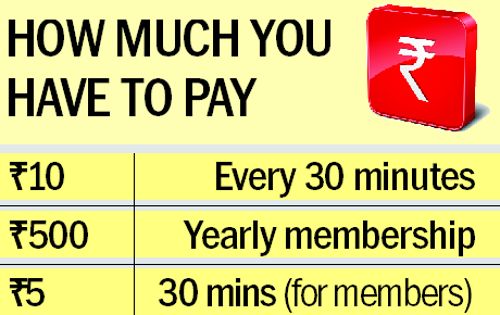 “We along with the Traffic Police and agency officials will inspect the 62 sites next week for change of location. We will submit a report to the UT Administration, following which a decision on location points will be taken,” said MC Commissioner Anindita Mitra.

On August 12, 2021, the UT Administration had launched the first phase of the project, with 1,250 bicycles at 155 docking stations in the city.

The second phase was launched in February this year by adding 1,250 more bicycles. At present, 2,500 bicycles are being provided at 310 docking stations across the city.

The project is being operated by Hyderabad-based Smart Bike Tech Pvt Ltd for a period of 10 years on a public-private partnership basis.