1,268 flats were locked, occupants of 130 flats refused to share info 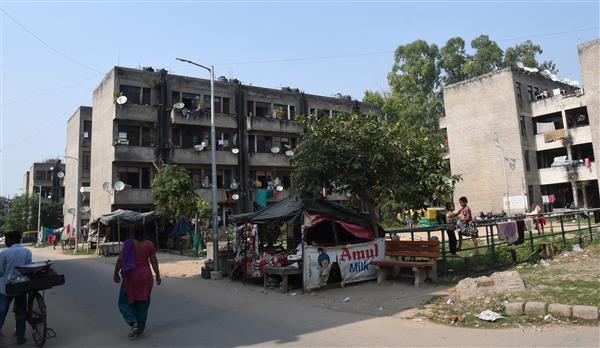 As many as 895 flats have been found to be illegally occupied during a survey of more than 18,000 flats conducted by the Chandigarh Housing Board (CHB). The board had received complaints that a number of allottees had sold or transferred their flats. These flats, allotted to beneficiaries under various schemes, cannot be sold or transferred.

Yashpal Garg, Chief Executive Officer, CHB, said a survey of 18,138 small flats allotted to beneficiaries by the board under the Rehabilitation Scheme, Small Flat Scheme and the Affordable Rental Housing Scheme was carried out by officials to see whether these were occupied by the allottees and their families only. These flats were located at Sector 49, Sector 56, Sector 38-West, Dhanas, Industrial Area, Mauli Jagran, Ramdarbar, Maloya (Small Flats) and Maloya (ARHC).

Garg said these flats had been allotted for the occupation of the allottees and their families only.

The allottees, who have illegally sold, sub-let or transferred their flats, and the purchasers both are liable to face action on charges of fraud, cheating or forgery, etc, he said. Other persons, including property dealers, document writers, middleman, etc, who are involved in such illegal transactions of small flats, are also liable to face action, he added.

Friends, cousins, relatives may reside with the allottee for a shorter duration but they cannot be permanent residents of the flat. “Occupation of the flat by relatives, cousins, friends or other persons, in the absence of the allottee or his/her family members will be treated as violation and the allottee will be required to explain the same. If it is found that an allottee or his family members are not residing in the flat, then it will be treated as a violation of terms and conditions of allotment,” he said.

He said the CHB might also file FIRs against those who are involved in such illegal deals. “In next few days, Dharam Pal, UT Adviser-cum-Chairman, CHB, will consider the report of the door-to-door survey to decide on further course of action,” added the CEO. 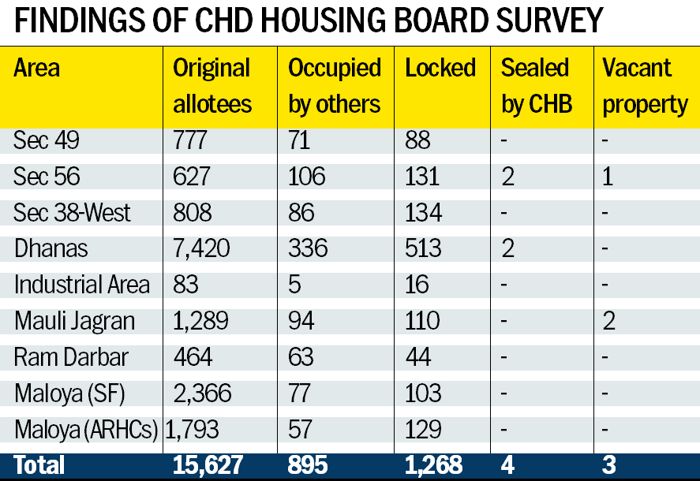